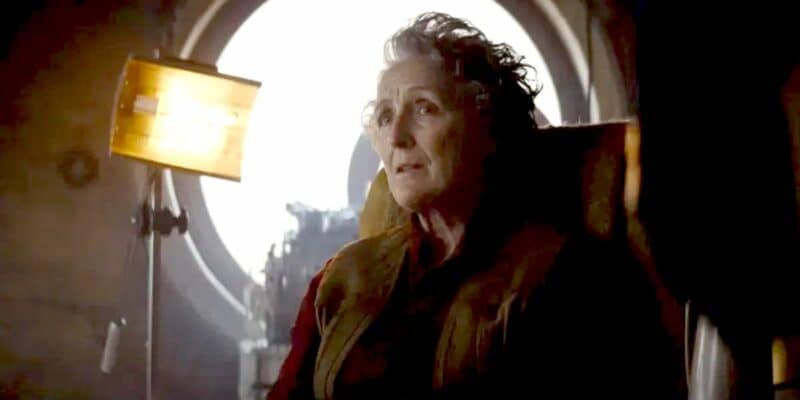 That would have been a shocker for Star Wars fans!

In a franchise that’s now 45 years old, it’s difficult to have many new ‘firsts’ without it feeling jarring or disjointed, but Star Wars: Andor (2022) just about had one that would have rocked the franchise and shocked at-home viewers of the Disney+ series. Speaking frankly, though, it’s surprising we haven’t seen it in the four decades of content spanning the galaxy!

Andor has been, undoubtedly, the most gritty and hardcore story in the Star Wars canon, and with the character of Cassian Andor (Diego Luna) from Rogue One: A Star Wars Story (2016) being the lead, it would have to be. Right after his introduction in Rogue One, the Rebel Agent dispatches an informant who can’t make the climb to escape the Empire rather than let him be captured. It would stand to reason that a prequel series showing Cassian’s (Luna) ascension to the Rebel Alliance would be just as dark. After all, when going to Scarif for the Death Star plans, he says, “we’ve all done terrible things on behalf of the Rebellion.”

The Disney+ series Andor has certainly delivered on that. In just a few short episodes, we’ve seen some of George Lucas’ cardinal rules broken to show the seedy underbelly of that ‘galaxy far, far away.’ We’ve seen Cassian (Luna), a man who has few scruples to begin with, lose more and more barriers to what he will and will not do to bring down the Empire. In one of the most powerful scenes in the series, our protagonist turns to his fellow inmate, Kino Loy (Andy Serkis), and declares, “I’d rather die trying to take them down than die giving them what they want,” a dramatic shift in tone from the Cassian (Luna) of earlier who was just in it for the money.

In another tone shift for Star Wars, one of Andor‘s chief characters revealed there was almost another first for the franchise, which has prided itself on wide appeal to all age groups. Denise Gough, who played the stern and ambitious Imperial Security Bureau (ISB) supervisor Dedra Meero, recently gave an interview with Empire Magazine, describing her first day on set and the last episode of the series:

“I was given my two Death Troopers – one of whom had to be trained to run like a Death Trooper and not like a musical theatre star – and I couldn’t help myself, I just started doing the [hums the Imperial March]. Then, everyone started doing it.”

What was really shocking, though, was the description of Maarva Andor’s (Fiona Shaw) final monologue at her own funeral. The stirring speech, designed to rouse the citizens of Ferrix to rise up against the Empire ended just a little differently than her “Fight the Empire!” call to action:

“Fiona’s voice was over all of us,” Gough says, recalling the finale’s fire-and-fury funeral monologue from Ferrix’s formidable matriarch. “Except, at the end, she didn’t say, ‘Fight the Empire!’ She said, ‘F*** the Empire!’ Which we were all really excited about. But we weren’t allowed to keep it, obviously.” Even behind the scenes, Andor wasn’t your typical Star Wars show.”

In what would have been a surprising twist, to say the least, Gough revealed in her interview that Maarva (Shaw) would have uttered the first instance of that particular word in the Star Wars canon, and while fans are certainly divided (as Star Wars fans always are) over whether the decision was for the best or not, it does, at the very least make the series a little more approachable for fans of varying ages, and though not strictly adhering to the Lucas mentality of no vulgarity, it is very much keeping in that spirit.

All episodes of director Tony Gilroy’s Andor are currently streaming on Disney+, and follows Cassian (Luna), Mon Mothma (Genevieve O’Reilly) Luthen Rael (Stellan Skarsgård) and others through “an era filled with danger, deception, and intrigue where Cassian will embark on the path that is destined to turn him into a rebel hero.”

What do you think about Lucasfilm’s decision to cut that word? Let us know in the comments below!