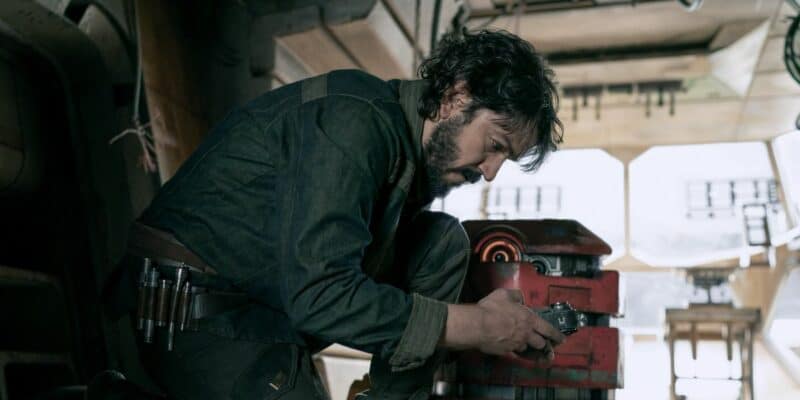 Star Wars: Andor showrunner Tony Gilroy has revealed some big information about the second season of the critically-acclaimed show.

Season one of the show, which follows future rebel hero Cassian Andor (Diego Luna) on his journey from thief to spy, just concluded on Disney+. While the season finale provided some closure, it also left the door open for the stories of the varied cast of characters to continue to be explored in the second season, due 2024.

Speaking exclusively to Collider, Gilroy confirmed that in the one-year gap in the timeline between seasons one and two, no characters would actually die. He said:

“I don’t have anybody dying in the gap. So, if they live, and I’m not going to promise how long they live when they get to the other side, but they all know that. But, no, if they lived in the show, they’re alive.”

That’s good news for those characters who we don’t see in Rogue One: A Star Wars Story (2016), the film the show is building to. While the stories of Mon Mothma (Genevieve O’Reilly), Cassian and Melshi (Duncan Pow) are absolutely interesting, we know they all definitely make it to see the battle of Scarif.

If we are lucky, we might see more of the Star Wars galaxy we recognise too: the post-credits scene in the finale teased the construction of the Death Star (and revealed the parts the prisoners were forced to make on Narkina 5 were essential components).

Could that mean the return of characters like Director Orson Krennic (Ben Mendelsohn), Death Star designer Galen Erso (Mads Mikkelsen) or maybe even Darth Vader himself?

With any luck, we might also get to find out if Andy Serkis’s Kino Loy, a standout guest star from season one, survived the moments after his failed escape from the prison facility.

Who are you excited to see more of in season two of Andor? Tell us in the comments below.
Andor (2022) is the new Star Wars show, currently streaming on Disney+. Led by showrunner Tony Gilroy, it stars Diego Luna as Cassian Andor, Genevieve O’Reilly as Mon Mothma, Stellan Skarsgård as Luthen Rael, Fiona Shaw as Maarva Andor, Denise Gough as Dedra Meero, Kyle Soller as Syril Karn and Adria Arjona as Bix Calleen. Set before the events of Rogue One, in the years prior to Princess Leia’s fateful capture by Darth Vader, the Andor series follows the formation of the Rebel Alliance in the ever-expanding Star Wars universe.