Everything We Know About 'Star Wars: The Acolyte' So Far - Inside the Magic 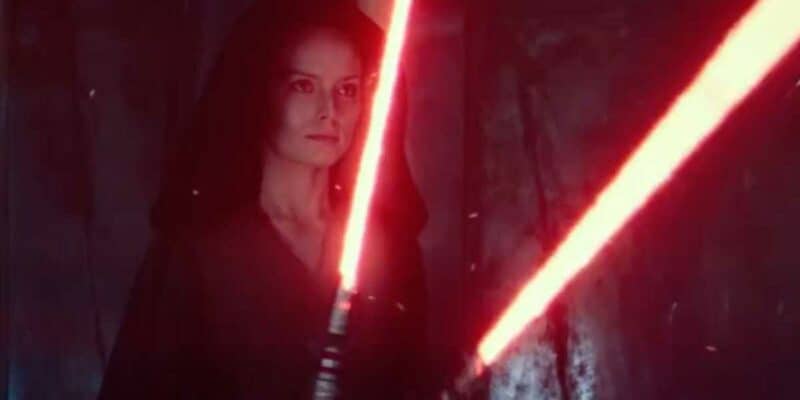 With The Mandalorian Season 3, Ahsoka, and The Bad Batch coming next year, soon Star Wars will go back further than it ever has before in live-action with a new show focusing on the rise of dark side forces, The Acolyte.

Here is everything we know about the new series from Lucasfilm.

The Acolyte and Star Wars

What is Star Wars: The Acolyte?

Star Wars describes The Acolyte as:

The Acolyte is a mystery-thriller that will take viewers into a galaxy of shadowy secrets and emerging dark-side powers in the final days of the High Republic era. A former Padawan reunites with her Jedi Master to investigate a series of crimes, but the forces they confront are more sinister than they ever anticipated.

The show is executive produced by Leslye Headland, Kathleen Kennedy, Simon Emanuel, Jeff F. King, and Jason Micallef. The producers on the series are Damian Anderson and Rayne Roberts.

Who is in the cast of Star Wars: The Acolyte?

With The Acolyte a while away, Star Wars fans don’t yet know what characters will appear in the series. What we do know is who will be playing the yet-to-be-announced characters. The Hunger Games (2012) and The Hate U Give (2018) star Amandla Stenberg will lead The Acolyte. They will be joined by Lee Jung-jae (Squid Game), Manny Jacinto (Top Gun: Maverick), Dafne Keen (Logan), Jodie Turner-Smith (Queen & Slim), Rebecca Henderson (Inventing Anna), Charlie Barnett (Russian Doll), Dean-Charles Chapman (1917), and Carrie-Anne Moss (The Matrix).

Who is directing Star Wars: The Acolyte?

Leslye Headland, director of 2015’s Sleeping with Other People and co-creator of Netflix’s Russian Doll, will lead Star Wars: The Acolyte. The director was attached to lead a female-centric Star Wars series back in 2020 and was confirmed on Star Wars Day (May 4) of the same year. By Disney Investor Day 2020, Lucasfilm President Kathleen Kennedy had confirmed the television series would be titled The Acolyte.

On how Headland’s show will look, the showrunner explained she wanted to mimic George Lucas’s idea for the franchise:

“When [George Lucas] tasked himself with making the prequels, the way that he decided to address technology and all of those types of things was to make it a much sleeker, better-looking, almost more advanced time. That’s what’s kind of weird about Star Wars. The further you go back, the better things are. “A long time ago” actually becomes more futuristic. So while we are creating this type of world, we’re trying to carry George’s concept that the further you go back, the more exciting and new and sleek and interesting things look.”

How to watch Star Wars: The Acolyte?

Like other Star Wars shows like The Clone Wars, Star Wars Rebels, The Mandalorian, The Bad Batch, Obi-Wan Kenobi, The Book of Boba Fett, Andor, and Tales of the Jedi, The Acolyte will debut exclusively on Disney+, The Walt Disney Company’s official streaming service. Future shows in the Star Wars Universe like Skeleton Crew will also debut on Disney+.

The Acolyte and the High Republic

What is the High Republic era?

The High Republic Era is a part of the ever-expanding Star Wars timeline. Currently existing over a series of novels, manga, and comic books, The High Republic focuses on the Golden Age of the Jedi when light side forces were the prominent power in the galaxy. For our complete reading order guide for the High Republic then head here.

When is Star Wars: The Acolyte set in the Skywalker Saga timeline?

Set at the end of the High Republic during the time of emerging dark side powers, The Acolyte takes place approximately 100 years before the events of Star Wars: Episode I — The Phantom Menace (1999), George Lucas’s first film in his prequel trilogy. It is not known if The Acolyte will span multiple years, will take viewers right up to the beginning of The Phantom Menace, or will be a more contained story limited to a smaller amount of time.

Will Palpatine be in The Acolyte?

A rumor floating is that the future Chancellor-turned-Emperor, Sheev Palpatine, could show up in The Acolyte. This is stumped somewhat by the fact the series is meant to be female-centered, but a nod to Palpatine’s rise as Darth Sidious under the mentorship of Sith Lord Darth Plagueis — who has so far only appeared in Star Wars Legends, and briefly mentioned in Star Wars: Episode III — Revenge of the Sith (2005) — could play a vital part of the upcoming television show. It could be the perfect time for the heavily theorized young Palpatine to appear, potentially played by the oft-rumored Tom Hiddleston (Thor).

What about the story of The Acolyte?

Showrunner Leslye Headland’s story is tightly under wraps and more information is expected soon. But speaking to Vanity Fair, Headland revealed her interest in telling this specific story. The report said:

“In the prequels, Mace Windu says: ‘There’s no way that the Sith could have reemerged without us knowing about it.’ And Yoda says, ‘Hard to see, the dark side is,’” Headland points out. “He acknowledges that this is a part of the Force that has been dormant, or at least hidden from them, for so long. What I immediately wondered about this particular period was: Who is practicing it?”

It will be interesting to see how in-depth Headland explores the lore of the Sith, the Rule of Two, and whether it will indeed shift viewers right to the beginning of The Phantom Menace or leave it open for more stories to be told.

Are you looking forward to Star Wars: The Acolyte? Let us know in the comments down below!

Comments Off on Everything We Know About ‘Star Wars: The Acolyte’ So Far