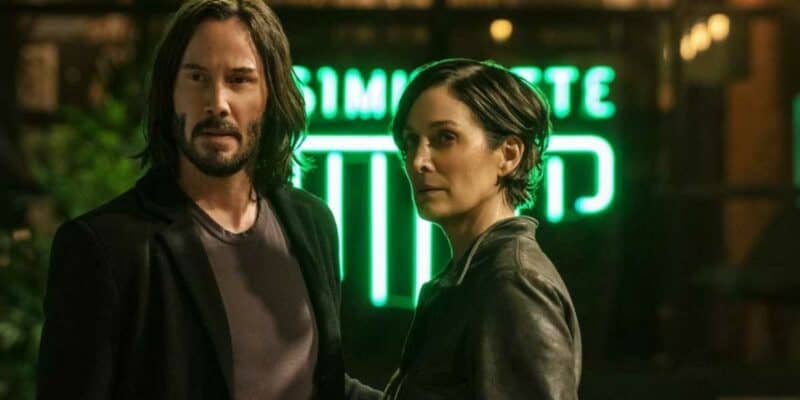 Another day passes by with no news about Lucasfilm’s plans to resurrect the Star Wars film series. But, the studio has given fans of the galaxy far, far away something else to get excited about with the full cast reveal of the upcoming Star Wars: The Acolyte.

And one of the names included is none other than a legend of The Matrix movie series.

Star Wars: The Acolyte is created by Leslye Headland who co-created Netflix’s Russian Doll with Natasha Lyonne and Amy Poehler. The Star Wars series has been in development since April 2020, with Headland aiming to create a female-centric Star Wars series for Disney+, and by the end of the year at Disney’s Investors Day, and announced by Lucasfilm President Kathleen Kennedy, The Acolyte was officially confirmed.

The Disney streaming series is described as a tent revival for the Star Wars universe, taking place at the end of the High Republic Era during the rise of the dark side forces, and will likely change how fans see George Lucas’s prequel trilogy — especially the first installment, Star Wars: Episode I — The Phantom Menace (1999). After all, it would be intriguing to see how Ian McDiarmid’s Chancellor Palpatine/Darth Sidious came into his power under the rules of the Sith, as in, this could be prime real estate for Darth Plagueis to make his live-action debut.

While little is known about The Acolyte, The Hunger Games (2012) and The Hate U Give (2018) star Amandla Stenberg was cast in a leading role a while ago, and now fans know the complete line-up for Headland’s Star Wars series. But first, let’s take a look at the new description for The Acolyte. StarWars.com wrote:

The Acolyte is a mystery-thriller that will take viewers into a galaxy of shadowy secrets and emerging dark-side powers in the final days of the High Republic era. A former Padawan reunites with her Jedi Master to investigate a series of crimes, but the forces they confront are more sinister than they ever anticipated.

Along with this new description, Lucasfilm also shared the cast, including The Matrix franchise icon, Carrie-Anne Moss.

Production has begun on “The Acolyte”, an upcoming Original Star Wars series from Lucasfilm coming to
@DisneyPlusUK

Production has begun on “The Acolyte”, an upcoming Original Star Wars series from Lucasfilm coming to @DisneyPlusUK. pic.twitter.com/9rXEb19gRc

The cast is listed as:

While this line-up is certainly something to get excited about, many are rejoining over Carrie-Anne Moss diving into the galaxy far, far away.

Over on social, the excitement for Carrie-Ann Moss saw the actress trending on Twitter. @mebeinghot wrote:

Another tweet from @asirensongss speculated who Moss could be playing:

if carrie-anne moss is playing a sith lord in this show i will go insane https://t.co/BRfPzX7aJa

However, on the flip side, @Jediwhit82 is gunning for Moss to play the Jedi Master described in the show’s synopsis:

Carrie-Anne Moss is one of the most underrated actors of all time. Please let her be playing the jedi master who is estranged from her ex padawan.

Carrie-Anne Moss is one of the most underrated actors of all time. Please let her be playing the jedi master who is estranged from her ex padawan. https://t.co/CmIqcHRsfG

Moss’s jump into the Star Wars franchise comes after years of fan-casting her The Matrix (1999) co-star, Keanu Reeves (Neo) as Darth Revan. As @DJRoseMusic points out:

The way Keanu Reeves has been fancast as Darth Revan for literal years now but Carrie-Anne Moss beats him to the punch of *actually* joining up with the Star Wars Universe…queen sh*t.

The way Keanu Reeves has been fancast as Darth Revan for literal years now but Carrie-Anne Moss beats him to the punch of *actually* joining up with the Star Wars Universe…queen sh*t. 😎😆🖤 https://t.co/X5zEvJBn7q

In keeping with Lucas’s own vision of the prequels — that the galaxy we see in those three movies is almost more advanced than the future AKA the original trilogy — Headland aims to play with that aesthetic for The Acolyte and her exploration into the emerging dark side powers. Speaking earlier this year, the Star Wars creator said of her Star Wars series:

The Acolyte may just be the next big thing in the Star Wars franchise. And if the critical reception of Star Wars: Andor is anything to go by, Headland’s series could be a showstopper and may prove Lucasfilm to be the leader of small-screen content. The Acolyte is produced by Rayne Roberts and Damian Anderson. Joining The Acolyte next year will be Star Wars: Skeleton Crew starring Jude Law.

Are you excited about The Acolyte? Let us know in the comments down below!