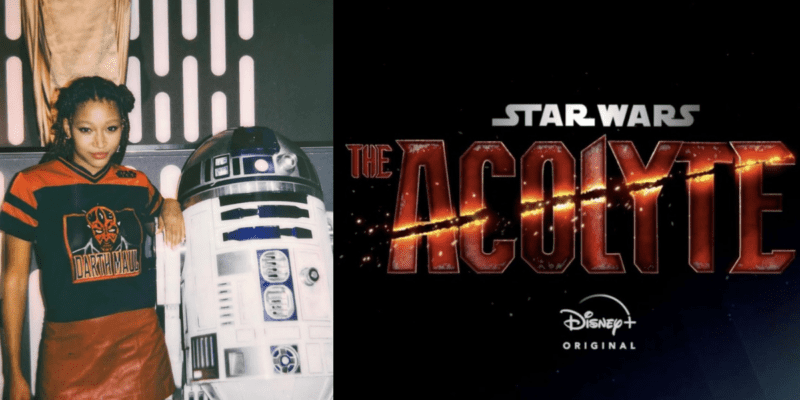 The Star Wars universe is expanding with upcoming streaming series like Andor, but while The Acolyte already found its lead actress from The Hunger Games (2012), fans seemed to have forgotten about her until now.

Amandla Stenberg (Everything, Everything) is officially joining the world of George Lucas and more, but she’s not going to have anything to do with the Skywalker Saga, given The Acolyte’s setting 100 years before Star Wars: Episode I – The Phantom Menace (1999).

Nonetheless, Lucasfilm has officially announced that Amandla Stenberg is the lead of The Acolyte:

Amandla Stenberg has been officially cast as the lead in ‘STAR WARS: THE ACOLYTE’.

Amandla Stenberg has been officially cast as the lead in ‘STAR WARS: THE ACOLYTE’. #SDCC pic.twitter.com/2u2hWqOCVd

Stenberg has made a splash in recent years in various film and television roles, including The Darkest Minds (2018) and Dear Even Hansen (2021). Amandla Stenberg is best known for her role as Rue in The Hunger Games alongside Jennifer Lawrence’s Katniss Everdeen.

While little is known about The Acolyte, every Star Wars fan is thrilled to have Amandla Stenberg join Lucasfilm, with new rounds of applause and congratulations circulating on social media on Friday as the internet randomly remembered that Stenberg is taking the role:

AND WE’LL BE WATCHING

AND WE’LL BE WATCHING

News on Amandla Stenberg joining The Acolyte actually broke in December 2021, but the internet seems to have forgotten that until now. Nonetheless, the fanbase is thrilled to have this rising actress join the world of George Lucas!

The Acolyte is a Star Wars television series currently being developed by Leslye Headland for Disney+. Headland will write, executive produce, and serve as the series’ showrunner. The show will focus on the emergence of dark side powers in the final days of the High Republic Era.

Leslye Headland, Emmy Award-nominated creator of the mind-bending series Russian Doll, brings a new Star Wars series to Disney+ with The Acolyte. The Acolyte is a mystery-thriller that will take the audience into a galaxy of shadowy secrets and emerging dark side powers in the final days of the High Republic era.

On April 22, 2020, Variety reported that a Star Wars series was in development for Disney+, with Russian Doll co-creator Leslye Headland writing and serving as showrunner. The report noted that the series will be female-centric, and that it will take place in a new part of the Star Wars timeline. The series was officially announced on May 4, 2020 on StarWars.com. The announcement also revealed that Headland will be an executive producer on the project. The series’ title, logo, and general premise were revealed at a Disney investors meeting on December 10, 2020. Rayne Roberts will co-develop the series with Headland.

Are you excited for Acolyte or totally confused? Comment below!