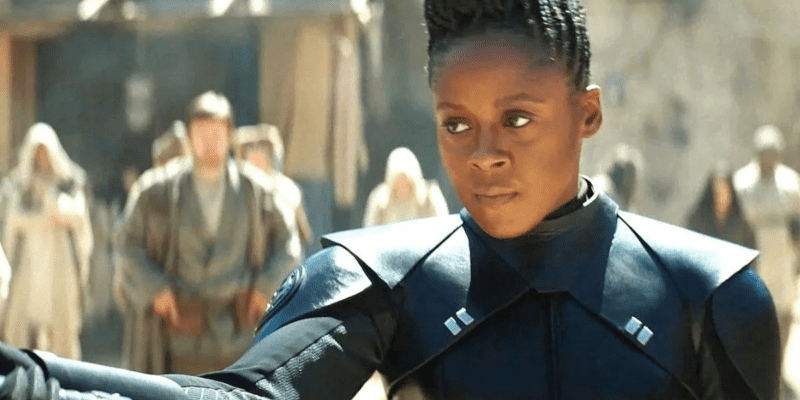 The Star Wars universe and Marvel Cinematic Universe often collide, with The Walt Disney Company owning both franchises, and now one Obi-Wan Kenobi is reportedly being eyed for a new Marvel role.

Every Marvel fan and Star Wars fan has been engulfed by new series and feature films left and right, and now the two worlds are set to collide with reports of Obi-Wan Kenobi actress Moses Ingram (Reva) being courted for an unknown Marvel role.

While these are just rumors, with Marvel Studios undoubtely unveiling the MCU’s Phase Five soon, it’s evident Ingram will have more than enough characters to choose from:

Moses Ingram (Obi-Wan Kenobi, The Queen’s Gambit) is reportedly in talks with Marvel Studios for a role.

Moses Ingram (Obi-Wan Kenobi, The Queen's Gambit) is reportedly in talks with Marvel Studios for a role.

Ingram first made a splash in Netflix’s The Queen’s Gambit alongside Marvel alum Anya-Taylor Joy. Now, she’s becoming a familiar figure in Hollywood with new roles.

Though Moses Ingram reportedly encountered online harassment for her Star Wars debut, she isn’t giving up her opportunity to star in yet another vast franchise.

While we’re taking the above report with a grain of salt, some Marvel fans are sharing their casting ideas for Ingram, hoping that she’ll become the MCU’s Storm!

While it’s wholly unclear and unconfirmed if these reports are accurate, it’s still fun to kick around the fan casting ball and see what Kevin Feige does next (given Marvel hired John Krasinski for the role of Reed Richards/Mr. Fantastic purely based on fan castings)!

Do you want Moses Ingram to join the MCU? Comment below!