'Star Wars': The 6 Greatest Lightsaber Duels - Inside the Magic 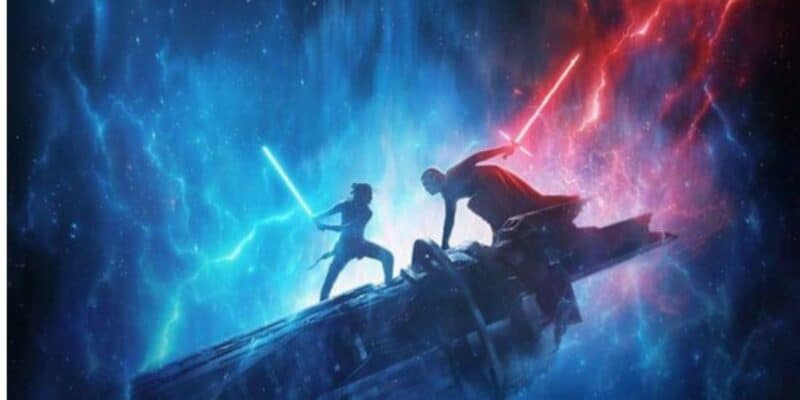 With 12 movies, four live-action shows, and several animated shows under its belt, the Star Wars franchise is full of memorable moments. Galactic dogfights, character deaths, villains getting their comeuppance — these are among some of the magical ingredients that makes the franchise what it is. But one of the most signature Star Wars experiences is the lightsaber duel.

The franchise has seen countless duels since its inception way back in 1977, but there are only a handful that truly stand out above the rest. So here are the six best lightsaber duels from across the entire Star Wars franchise, spanning over 50 years’ worth of storytelling from the faraway galaxy. In other words, the Force is pretty strong in these battles…

Say what you will about Star Wars: Episode IX — The Rise of Skywalker (2019), the concluding chapter in the widely hated Star Wars sequel trilogy, but from a technical filmmaking perspective, this entry at least ticks some boxes, one of them being epic lightsaber duels.

We’re not here to deny that this film is full of incredibly dumb plot devices and “gotcha” moments, not to mention the fact that what should have been an epic swan-song to the Skywalker Saga ends on a whimper, but The Rise of Skywalker does get some things right.

The second-act lightsaber duel between Rey (Daisy Ridley) and Ben Solo/Kylo Ren (Adam Driver) aboard a half-sunken ship in the middle of a stormy sea on the ocean moon Kef Bir is one of a handful of saving graces, and one of the best battles in the entire Star Wars saga.

It’s beautifully shot and well-acted, and having the two Jedi fight it out while they’re being thrashed with mighty waves certainly make this sequence more epic than most. It also ends on a pretty emotional note too, as the duel is halted by the death of Princess Leia Organa (Carrie Fisher).

Star Wars: Episode I — The Phantom Menace (1999) is the first chapter in George Lucas’ Star Wars prequel trilogy. While the three films weren’t particularly well-received upon their release, in more recent years they have become far more appreciated by Star Wars fans.

The Phantom Menace is home to one of the most memorable lightsaber duels in the entire franchise, which comes in the form of a three-way battle between Jedi Knights Qui-Gon Jinn (Liam Neeson) and Obi-Wan Kenobi (Ewan McGregor), and Sith Lord Darth Maul (Ray Park).

During the third-act battle on Naboo, Qui-Gon and Obi-Wan face off against Darth Sidious’ apprentice, who wields an awesome red, double-ended lightsaber. While we’ve gotten to know Maul more in the decades since, he is, as the title suggests, rather menacing in this film.

This wonderfully-choreographed lightsaber duel is yet another that carries an emotional beat, as Maul ends up killing Qui-Gon. But Obi-Wan is quick to avenge is fallen master, as he bests Maul by cutting him in half and sending him down a deep chasm (only to one day rise again, of course).

Star Wars: Rebels (2014) is the successor to the equally acclaimed Star Wars: The Clone Wars (2008), and though there’s a bit of a downgrade in the style and quality of animation, this show is no less thrilling than its predecessor, and has just as many memorable moments.

One of them comes in the form of a jaw-dropping lightsaber duel between Jedi Ahsoka Tano (Ashley Eckstein) and her old Jedi Master Anakin Skywalker, who has since become the Sith Lord Darth Vader (James Earl Jones).

This duel takes place in the Season 2 finale “Twilight of the Apprentice: Part 2”, which sees Ahsoka reunite with her old master in a Sith Temple on Malachor. After forcing Ezra Bridger (Taylor Gray) and the other rebels to flee, Ahsoka stays behind to battle Darth Vader.

As you might imagine, despite some initial emotional conflict, the two come to explosive blows, so much so that Ahsoka is later presumed dead by her rebel friends. It isn’t until Season 4’s “A World Between Worlds” that we find out what happened during that fight, and it’s pretty mind-boggling.

Related: 5 ‘Star Wars’ Characters Who Don’t Deserve All the Hate

But there are none that are as quite as epic as the final showdown between Luke and his father in Star Wars: Episode VI — Return of the Jedi (1983). As Emperor Palpatine (Ian McDiarmid) spectates from his throne on the Death Star, the Jedi and the Sith Lord fight it out before him.

This duel comes armed to the teeth with some very high stakes — not only does the fate of the faraway galaxy hang in the balance, but so does Luke’s destiny, as the Emperor tries to seduce him to the dark side, a temptation he comes close to during his battle with Vader.

This epic duel concludes with two of the greatest moments in Star Wars history — first, Vader finally breaks away from the dark side by killing the Emperor (or so we thought), and secondly, Luke removes Vader’s helmet which leads to an emotional exchange between the two.

If there’s one film in George Lucas’ Star Wars prequel trilogy that was instantly more popular than the other two, it’s Star Wars: Episode III: Revenge of the Sith (2005). In fact, it’s now widely considered to be one of the best Star Wars movies out of all 12.

There’s no denying that the film has a number of problems, though (the overuse of green screen and corny dialogue being among them), but it’s still an incredibly epic conclusion to the trilogy and a solid precursor to the original Star Wars trilogy.

The battle between Anakin Skywalker/Darth Vader (Hayden Christensen) and Obi-Wan Kenobi is easily one of the best in Star Wars history. As they’re carried along the hellish lava fields of Mustafar, the two lock lightsabers, while the fate of the galaxy hangs in the balance.

Though the film is known for some pretty bad dialogue, there are some interesting and thought-provoking exchanges between Anakin and Obi-Wan during this long duel. Ultimately, Obi-Wan gains the “higher ground”, and the two live to fight another day (a couple of times, actually).

What more can we say about The Clone Wars that hasn’t already been said by countless Star Wars fans over the years? The show might just be the very best Star Wars has to offer, whether it’s the characters, the storytelling, the visuals, the high stakes, or all of the above.

The show also enrichens the Star Wars prequel trilogy in ways never thought possible, while the final four episodes combined — “Old Friends Not Forgotten”, “The Phantom Apprentice”, “Shattered”, and “Victory and Death” — feel like a Star Wars movie in their own right.

And “The Phantom Apprentice” also has one of the most epic lightsaber duels, as Ahsoka Tano (Ashley Eckstein) and Maul (Sam Witwer) come to blows in the Sundari Royal Palace on Mandalore, just as the galaxy is about to be plunged into darkness with Order 66.

Ray Park reprises his role as Maul, this time in motion-capture performance (Sam Witwer continues to voice him), while actress and stuntwoman Lauren Mary Kim steps in for Ahsoka’s choreography (while Ashley Eckstein also continues to provide the vocal work).

There’s nothing quite like this lightsaber duel in the entire Star Wars franchise — the sublime animation, the incredible motion capture, the atmospheric score, and Maul’s chilling and frantic warnings about Order 66.

What are your favorite lightsaber duels? Let us know in the comments down below!