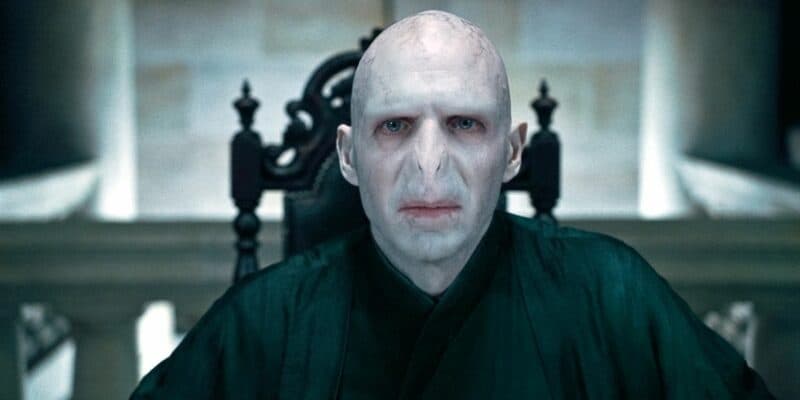 It was recently reported that Warner Bros. might be planning to scrap the Fantastic Beasts movies. While this doesn’t spell trouble for the Harry Potter movies themselves, seeing as they’ve been and gone, it does raise some serious questions about the future of the Wizarding World.

This doesn’t come as much of a surprise, though, not when you consider how much controversy the last two films have been mired in, which is something that never really plagued the Harry Potter movies during their decade-long domination of movie theaters.

Fantastic Beasts: The Crimes of Grindelwald (2018) was troubled from the start, as Johnny Depp, who plays Gellert Grindelwald in the film, was, by the time of filming, already caught up in the controversy regarding his ex-wife Amber Heard’s allegations of domestic abuse.

The film also opened to troubling box office numbers, while fans and critics were left feeling like they’d been hit by the Confundus Charm — the script was all over the place, and none of it really made any sense. But that didn’t stop a third film from going into production.

Despite being caught up in its own controversy, with Mads Mikkelsen stepping in to replace the previously-fired Johnny Depp, not to mention all the hot air surrounding JK Rowling, Fantastic Beasts: The Secrets of Dumbledore (2022) was a marginal improvement over its predecessor.

However, the film grossed only $405 million against its $200 million budget, making it just as Squib-like as the 2018 film. Now, despite there being initial plans to produce five Fantastic Beasts movies, it seems that Warner Bros. may be “resetting” the Wizarding World series.

What this means for the rest of the Wizarding World remains to be seen, though it’s unlikely to affect other mediums of storytelling. For starters, next year will see the arrival of the hugely anticipated open-world game Hogwarts Legacy (2023), which JK Rowling has been involved with to some degree. However, it isn’t necessarily canon with any of the films or books.

The question now is whether the Wizarding World has a future in movie theaters. But another question worth asking is whether or not it even needs one. After all, can it really ever get any better than the Harry Potter movies? Should it even bother trying?

There might be one way the Wizarding World can be saved, though. While Star Wars continues to be quite troublesome in its own right where both the live-action television shows and movies are concerned, there’s no denying just how beloved and popular its animated shows are.

Star Wars: The Clone Wars (2008) is so widely loved by fans that it recently got its own follow-up show in the form of Star Wars: Tales of the Jedi (2022), which has been a huge hit in its own right. But could this same style of animation and storytelling be applied to the Wizarding World?

We believe that the Harry Potter franchise would benefit enormously from a television series similar to The Clone Wars. Not convinced? Well, here are five reasons why we think it could work.

In more recent years, however, many fans have started to appreciate certain elements of each of the three films. It’s possible this has something to do with the widely hated Star Wars sequel trilogy from Disney and Lucasfilm, with many likely comparing the two.

But we think the answer lies with Star Wars: The Clone Wars. The animated series, which takes place in the three years between Attack of the Clones and Revenge of the Sith, offers a more in-depth look at the wars, while ingeniously building upon existing Star Wars lore.

4. It’s Beloved By So Many Star Wars Fans

Since the streaming service Disney+ has made it more accessible, The Clone Wars has become one of the most beloved entries in the Star Wars universe, so much so that it’s often used as a benchmark by many Star Wars fans for future movies and television shows.

In fact, many of the live-action shows, such as The Mandalorian (2019), have already drawn plenty of inspiration from The Clone Wars, whether it’s introducing characters from that show or using planets like Mandalore as the foundation for its main character.

If made with the same love and care, a Clone Wars-style Harry Potter series would likely go on to become a success too. Who knows — perhaps fans would end up loving it more than they do the Harry Potter films (we’ve heard many Star Wars fans say the same thing about The Clone Wars).

3. It Introduced Characters Who Have Become Iconic

Though The Clone Wars ties heavily into the prequel trilogy, it doesn’t just focus on characters from those films — it introduces some new ones too. Among the most notable call-outs are the likes of Ahsoka Tano (Ashley Eckstein) and Bo-Katan Kryze (Katee Sackhoff).

The Togruta Jedi and the Mandalorian have since become fan-favorite characters, and have made other appearances in Star Wars, such as animated show Star Wars: Rebels (2014), and more recently in live action, in The Mandalorian and The Book of Boba Fett (2021).

Who’s to say that a Clone Wars-style Harry Potter series isn’t capable of the same thing? Even beyond the castle walls of Hogwarts, which has seen countless students over the centuries, there’s an entire Wizarding World full of characters up for grabs.

2. Animation Is Taken Just as Seriously as Live Action

There was a time when animation wasn’t taken anywhere near as seriously as it is today. Perhaps this was the case when The Clone Wars was airing on television between 2008 and 2014 (it would later return in 2020), but now, the show is, without question, considered canon by fans.

It’s plain to see why, as the show respects the lore and mythology upon which it is built, while adding its own layers and developing previously-underused characters. It’s also compelling from start to finish, while its last four episodes are widely considered masterpieces.

We don’t think it would be a huge ask for fans to consider a Harry Potter animated series canon, either, especially seeing as many are willing to forget the live-action Fantastic Beasts movies ever existed. Unfortunately, you just can’t go around using Memory Charms on people!

That leads us nicely onto the fact that live action isn’t always the answer. This is something that has been proven time and time again in Star Wars, whether it’s Solo: A Star Wars Story (2018), the Star Wars sequel trilogy, or some of the live-action shows on Disney+.

You only need to look at how popular Star Wars: Tales of the Jedi has already become to know that the Force is a lot stronger on the animated side of the faraway galaxy. As such, perhaps this is where the future best lies. And maybe the same can be said about Harry Potter.

The Clone Wars has enriched the prequel trilogy in ways never thought possible, and we think a Harry Potter animated show in this style would do the same for the Wizarding World — perhaps even the Fantastic Beasts movies specifically.

If the Fantastic Beasts movies really are beyond saving, though, perhaps a Harry Potter series could introduce a Wizarding World multiverse — which the West End production Harry Potter and the Cursed Child (2016) may have already created — and wipe those films out entirely.

With all of that said, there are also plenty of things Star Wars could learn from Harry Potter — at least where the films are concerned. Meanwhile, there’s speculation that Star Wars is heading for a major reset of sorts too, as many fans are hoping that Ahsoka (2023) will re-introduce the World Between Worlds concept from Rebels and use it to wipe the sequel trilogy from canon.

Would you like to see a Clone Wars-style Harry Potter series? Let us know in the comments down below!