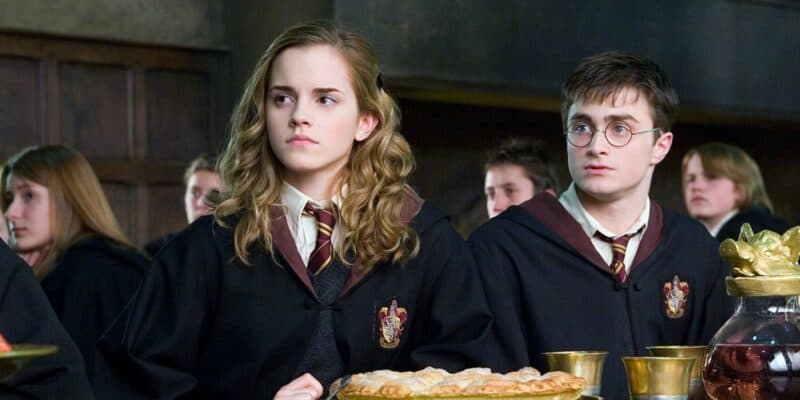 With the recent news that Warner Bros. could be planning on canceling the Fantastic Beasts series, many Harry Potter fans are probably wondering whether those films are even canon anymore. Perhaps they are for the time being, but maybe Warner Bros. will somehow find a way to remove them from canon, or even just ignore them altogether.

Well, at least the main Harry Potter series is safe, though it does beg to question whether a future movie — which, let’s face it, is probably inevitable — will be canon with those films. Is there a Harry Potter reboot on the horizon, or will the Wizarding World be left alone where the silver screen is concerned? Here’s hoping for the latter, obviously, but only time will tell.

However, there is one major Harry Potter installment just around the corner — three months away, to be exact. It will hopefully distract Harry Potter fans from everything that’s currently going on with the franchise, but just like the three Fantastic Beasts movies, many fans are wondering if the next entry in the Wizarding World is canon.

Hogwarts Legacy (2022) is an immersive open-world game set in the Wizarding World, and it’s due to hit shelves on February 10 next year. It takes place at Hogwarts School of Witchcraft and Wizardry in the late 1800s, and tells a unique story involving an entirely new set of characters. While JK Rowling hasn’t been directly involved, she has been utilized to some degree.

But is Hogwarts Legacy canon with the films? Or even the books, for that matter? As per the the official website for the game, the following answer can be found on its Frequently Asked Questions page:

While Portkey Games are not direct adaptations of the books and films, the games are firmly rooted in the magical universe of the Wizarding World. While remaining true to JK Rowling’s original vision, Portkey game developers chart new territory by creating fresh ways for fans to immerse themselves in the Wizarding World.

So, it sounds like Hogwarts Legacy isn’t canon with the Harry Potter films or the books, and as such, it’s safe to say that it definitely isn’t related to the Fantastic Beasts series. With that said, the game will no doubt adhere to the Wizarding World established in the books and films.

But whether canon or not, there’s very little a certain minority of fans can do to boycott the game. The future of the Wizarding World in theaters might be up in the air, but the franchise as a whole isn’t going anywhere in a hurry. In the meantime, it remains to be seen what will happen with Fantastic Beasts, but the last two hardly impressed critically or financially.

Do you think Hogwarts Legacy will make a great addition to the Wizarding World? Let us know in the comments down below!