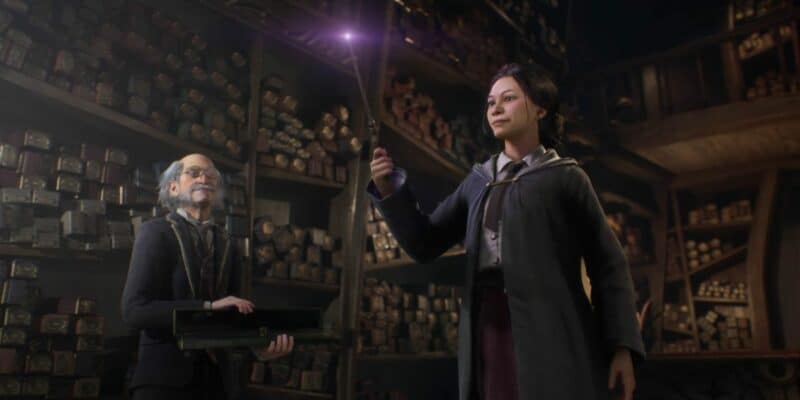 All is not well in the Wizarding World, as Warner Bros. recently hinted that the Fantastic Beasts franchise will not be continuing, which is likely a result of poor box office performances, prickly critical receptions, and all the off-screen controversy.

But it’s not all looking as bleak as Harry Potter and the Deathly Hallows — Part 2 (2011), as there’s plenty of light at the end of the tunnel, with open-world Harry Potter game Hogwarts Legacy (2023) arriving in February next year.

The game hasn’t been without its fair share of controversy, though, with some Harry Potter fans threatening to boycott the game for reasons that aren’t entirely understood, although we suspect it has something to do with controversial Wizarding World creator JK Rowling.

But putting all that aside, there’s a lot to look forward to with Hogwarts Legacy. Since its announcement last year, there have been plenty of reveals, such as a number of trailers, each of them teasing different aspects of the game, and an in-depth 15-minute gameplay overview.

Recently, we also learned that you can pick your Hogwarts house before the game is released next year, and that there will be a creepy Hogsmeade Village-specific quest and one that will take you into the Forbidden Forest, as seen in the Harry Potter movies.

It looks like the only thing you you can’t do in the game is play Quidditch (is it possible Warner Bros. is working on a separate Quidditch-focused game?). But otherwise, Hogwarts Legacy looks like a Harry Potter fan’s dream come true.

And now, just when you thought it couldn’t get any more exciting, there has been a gameplay showcase reveal, which offers an in-depth look at the character customization and the exploration of your common room and other parts of the Hogwarts castle and its surrounding grounds.

“Your next adventure in the wizarding world is coming soon. On November 11th, experience a brand new look at #HogwartsLegacy during a gameplay showcase hosted on http://twitch.tv/avalanchesoftware… and http://youtube.com/hogwartslegacy”

Your next adventure in the wizarding world is coming soon. On November 11th, experience a brand new look at #HogwartsLegacy during a gameplay showcase hosted on https://t.co/t4mVCPgVlo and https://t.co/LDoBiUGomX pic.twitter.com/beM2Bz68gZ

You can check out the full, in-depth gameplay showcase video below, which “drops the wand” on all those Hogwarts Legacy-haters. In fact, we’re pretty sure they’ll be changing their minds about boycotting it in no time after watching this:

It’s almost impossible to know where to start, but the character customization alone looks simply magical. As for the environment, we’ve no doubt that it will feel like stepping into one of the Harry Potter movies.

On that note, who needs more Harry Potter and Fantastic Beasts movies when you have Hogwarts Legacy?

Are you impressed by the latest in-game footage from Hogwarts Legacy? Let us know in the comments down below!