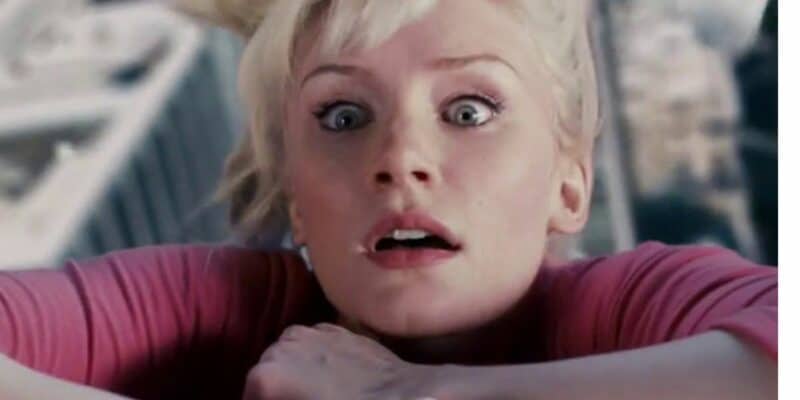 Since Spider-Man: No Way Home (2021) came swinging into theaters, all things have become possible within the Marvel Cinematic Universe. The Multiverse is open, and as such, we’ve seen a number of actors reprise their roles from movies that previously existed outside the MCU.

Making MCU history, Spider-Man: No Way Home reunites us with several actors and their respective villains and heroes from the previous two Spider-Man franchises — Sam Raimi’s Spider-Man Trilogy and The Amazing Spider-Man movies.

And then there’s JK Simmon’s JJ Jameson from the original Spider-Man movies, and Tobey Maguire and Andrew Garfield, who both reprise their own versions of Peter Parker/Spider-Man. Even Tom Hardy’s Eddie Brock/Venom makes an appearance in a mid-credits scene!

And now that the Multiversal doors are open, another actor from one of the previous Spider-Man movies has hinted at a possible return. In more recent years, Bryce Dallas Howard has been best known for the Jurassic World movies, and as one of the directors on The Mandalorian (2019).

The 41-year-old actress appeared in a number of movies long before stepping in as operations manager at the dinosaur theme park resort. But it’s all too easy to forget that she also appeared in Spider-Man 3 (2007), the concluding movie in Sam Raimi’s Spider-Man Trilogy.

The movie was panned by critics, and Howard’s brief stint as Gwen Stacy is one of many squandered opportunities. But in a recent interview with People, the Jurassic World Dominion (2022) actress expressed an interest in playing the character again, saying:

Howard even humbly acknowledges how synonymous Emma Stone has become with the role, adding in her interview that she feels Stone is “the definitive Gwen Stacy in that universe.” Exactly which universe Howard is referring to, though, is unclear.

Either way, while neither version of Gwen Stacy appears in Spider-Man: No Way Home (though Stone’s is heavily referenced), both are now officially part of the MCU. And oddly enough, both actresses have already appeared on screen together, in period comedy-drama The Help (2011).

Following the critical and financial success of Spider-Man: No Way Home, fans have been calling for a follow-up to Spider-Man 3 and to The Amazing Spider-Man 2. However, this is unlikely given that both movies remain the two most hated entries in the Spider-Man franchise.

Perhaps there’s another way for Bryce Dallas Howard‘s Gwen Stacy to appear in the MCU, though. Like they say, where there’s a Multiverse, there’s a way…

As per the official website for the movie, here’s the synopsis for Spider-Man: No Way Home:

For the first time in the cinematic history of Spider-Man, our friendly neighborhood hero’s identity is revealed, bringing his Super Hero responsibilities into conflict with his normal life and putting those he cares about most at risk. When he enlists Doctor Strange’s help to restore his secret, the spell tears a hole in their world, releasing the most powerful villains who’ve ever fought a Spider-Man in any universe. Now, Peter will have to overcome his greatest challenge yet, which will not only forever alter his own future but the future of the Multiverse.

Bryce Dallas Howard is rumored to be on board to direct a Fantastic Four reboot, which is teased in Doctor Strange in the Multiverse of Madness (2022). She is also rumored to be directing a Star Wars movie, although she is currently working on the live-action Disney+ series Ahsoka (2023).

Would you like to see Bryce Dallas Howard return as Gwen Stacy in the Marvel Cinematic Universe? Let us know in the comments down below!