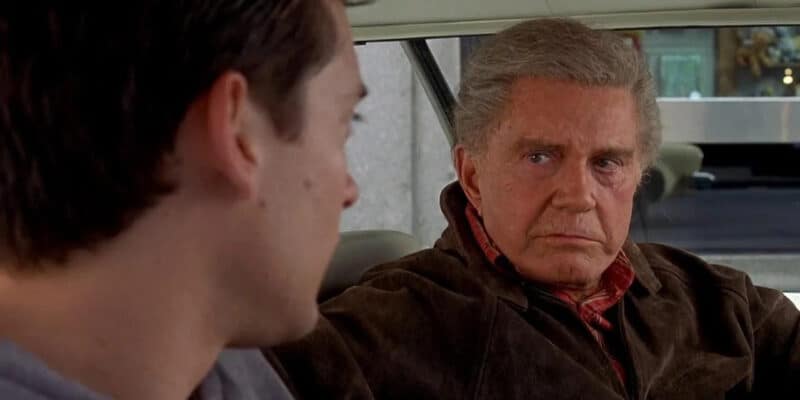 Sony has committed to making several spinoffs in the past few years after  Tom Hardy’s Venom (2018) was a success. After Morbius (2022), fans thought Sony might reconsider, but it seems that the studio plans to continue forward.

After hearing the reported plot details for Aaron Taylor Johnson’s Kraven the Hunter, fans are worried about how Sony will handle Spider-Man villains from now on. Sony is willing to give any minor villain a spinoff, such as El Muerto, which will focus on a villain of Spider-Man who only appears for two issues.

With this in mind, Madame Web has surprisingly been very quiet and secretive. Almost all of the characters involved have been kept a secret leaving the movie intriguing for some fans. After the movie started filming, new reports came out, leading to fans learning what the movie might focus on.

According to one source, Madame Web will be set way before Spider-Man is around, as the movie will have Adam Scott play a younger version of Ben Parker. Uncle Ben is a pivotal character for Spider-Man, as the character’s death motivated Peter to become a super hero.

Uncle Ben also says the iconic line, “with great power, comes great responsibility,” which pushes Peter to be the best super hero and person he can be despite any obstacles he faces.

Most fans thought Adam Scott might be playing an older spider-man, but the report makes it seem like Spider-Man won’t appear anywhere in the movie. Madame Web will probably become a prequel to Andrew Garfield’s Amazing Spider-Man or Tobey Maguire’s Spider-Man.

Many fans just want to see more of Garfield’s Spider-Man or Maguire, but Sony has decided for the moment to spend more time creating spinoffs without the iconic web-slinger, which seems like a lost opportunity.

Do you think Madame Web will focus on Peter Parker’s family? Let us know what you think!