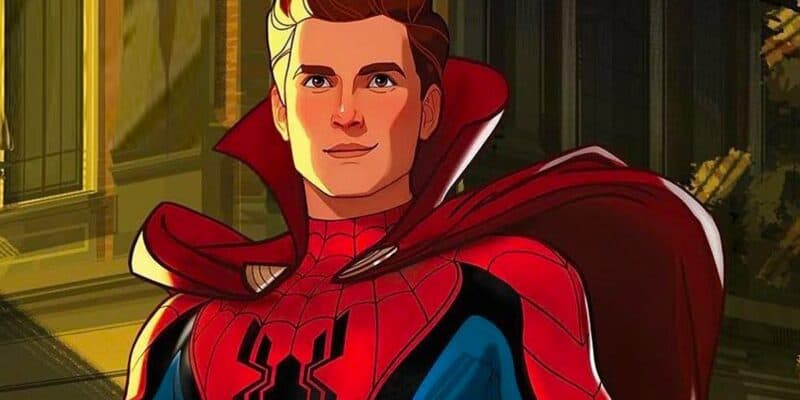 The Marvel Cinematic Universe is expanding into new worlds and realities with the Multiverse, and a further confirmation of Spider-Man’s role in What If…? season two is making fans scratch their heads.

Every Marvel fan is ready for more content, especially when it comes to Tom Holland as Spider-Man. Jon Watt’s Spider-Man: No Way Home (2021) redefined the Marvel collection with the addition of Tobey Maguire and Andrew Garfield.

Though Peter Parker will never be the same, fans are getting a new look at the beloved superhero in Spider-Man: Freshman Year on Disney+.

Now, season two of What If…? just dropped a significant piece of information that changes this Spidey:

Marvel have confirmed a "young Peter Parker" will appear in season 2 of what if… pic.twitter.com/SXah4hiZpC

In the official Marvel description for the second What If…? season, Marvel writes:

Season 2 of Marvel Studios’ first animated series will arrive in 2023, reuniting viewers with The Watcher — and those in Ballroom 20 were treated to a sneak peek at the first new episode, with Peggy Carter and Natasha Romanoff going up against the Hydra Stomper — and Steve Rogers. Additional familiar but surprising characters for Season 2 include Yondu, Young Peter Parker, Ego, Shang-Chi, Valkyrie, Korg, Tony Stark, Wenwu, Odin, Red Guardian, and more.

And, considering there are always going to be new realities, and new questions to ponder, What If…? will also return for Season 3. “We keep pushing the envelope of what’s possible in the multiverse,” Andrews told the crowd.

Giving fans a recap of the 2022 San Diego Comic-Con, Marvel.com revealed that a young Peter Parker would be appearing in What If…? season two, seemingly replacing Hudson Thames’ Zombie hunting Spider-Man from the initial season.

Whether or not this “young” Parker could set up the groundwork for Spider-Man: Freshman Year is uncertain, but given Marvel Studios’ efforts to expand its animation department, it’s evident that Kevin Feige is working to interconnect all of these series, including Marvel’s Zombies and X-Men ’97.

Do you think Tom Holland should voice the young Peter Parker? Comment below!