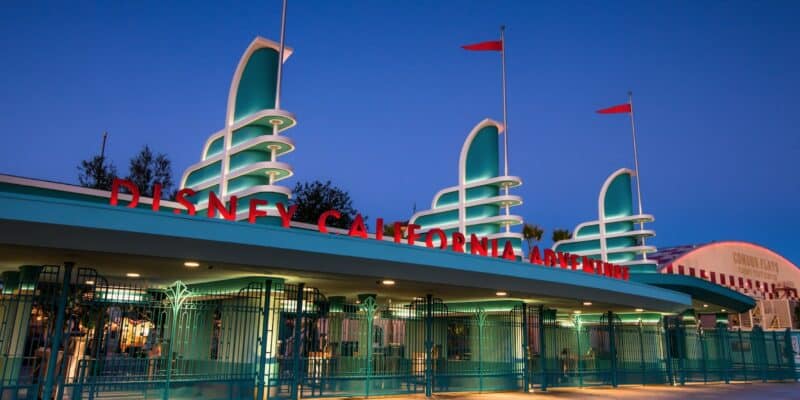 Disneyland Resort is home to many beloved attractions, from timeless classics like Peter Pan’s Flight, Pirates of the Caribbean, The Haunted Mansion, and “it’s a small world” to new and innovative experiences, like Rise of the Resistance at Star Wars: Galaxy’s Edge, and  WEB SLINGERS: A Spider-Man Adventure at Avengers Campus. The Park also offers world-class entertainment, delicious dining offerings, fun activities, and the chance to meet and interact with your favorite Disney character.

While Avengers Campus at Disney California Adventure is one of the most popular upgrades to come to a Disney Park, some fans are not entirely happy with it. One Guest recently took to Reddit to reminisce on one of the Park’s former lands, taking viewers on a trip down memory lane.

User u/pipesthegoldendoodle posted about how they miss Bugs Land and asked fellow Redditors to share their favorite part of the former land at Disney California Adventure.

I miss Bugs Land!!!! What was everyone’s favorite part of it? from Disneyland

The most popular answer among nostalgic Park-goers was Heimlich’s Chew Chew Train, which took Guests on a journey through oversized foods including candy corn, animal crackers, carrots, brussels sprouts, and watermelon, with scents accompanying the giant food for Guests to sniff and enjoy. At the end of the ride, Heimlich used to bid Guests farewell and remind them to eat their fruits and vegetables.

User u/Iheartcoasters  commented they loved the smell of watermelon while traveling along with Heimlich, saying it was actually “juicy” and that the takeout box on Flik’s Flyers also had a special place in their family. “The whole ambiance of that area. It was so well done and felt like a separate park while you were there,” they add.

Redditor u/mrsjackdaniel seconded this love for the themed land by saying that even as an adult with no kids, she loved Bugs Land since A Bugs Life (1998) was one of her all-time favorite movies growing up, and the fact that Bugs Land made her feel so excited walking through it was a testament to that. “It made me feel like a little kid again,” she added.

Many Guests have fond memories of Bugs Land and miss this themed experience which was replaced by Avengers Campus. However, a recent video gave us huge comfort, as we found out that Bugs Land wasn’t really gone; it had just been reduced by Ant-Man, who is taking care of the lovely land while his ants enjoy the rides, which are still operational.

While Disneyland lost this size-defying experience, Guests can still enjoy the show “It’s Tough to be a Bug!” at Disney’s Animal Kingdom in Walt Disney World Resort.

The official Disney World website describes the It’s Tough to be a Bug! show as follows:

Become an honorary insect as you sit in the theater hidden at the base of the Tree of Life and don a pair of “bug eye” glasses. Enjoy a delightful 3D movie and live show hosted by Flik, the loveable ant from A Bug’s Life, and learn how insects survive in the wild.

Plus, there is so much to see and do at Disney California Adventure Park! Guests can enjoy Buena Vista Street as they walk the roads Walt had in Hollywood, enjoy a hand-dipped corn dog at Award Wieners, and Head to Cars Land to enjoy the neon signage and Radiator Springs Racers. Guests can also enjoy the Pixar Pal-A-Round on a swinging or non-swinging gondola, learn to fly at Goofy’s Sky School, rock on the Silly Symphony Swings, and catch Jack-Jack on Incredicoaster! The list of rides and attractions never ends!

And at Disneyland, there is so much for Guests to enjoy! Walking up to Sleeping Beauty Castle is always a dream, especially when you get to go inside and relive the story of Aurora and Maleficent. Riding classics like “it’s a small world,” Pirates of the Caribbean, Mr. Toad’s Wild Ride, The Haunted Mansion, Matterhorn Bobsleds, Splash Mountain, and more will have you feeling the magic and craving a churro! Toontown is currently gearing up for a massive change which will be revealed in 2023 with the reopening of the land and the debut of Mickey and Minnie’s Runaway Railway. At Disneyland, Guests can now enjoy Star Wars: Galaxy’s Edge for some blue milk or green milk and ride Rise of the Resistance and Smuggler’s Run.

Do you miss Bugs Land at Disney California Adventure? What was your favorite attraction in the Land? Let us know in the comments below!