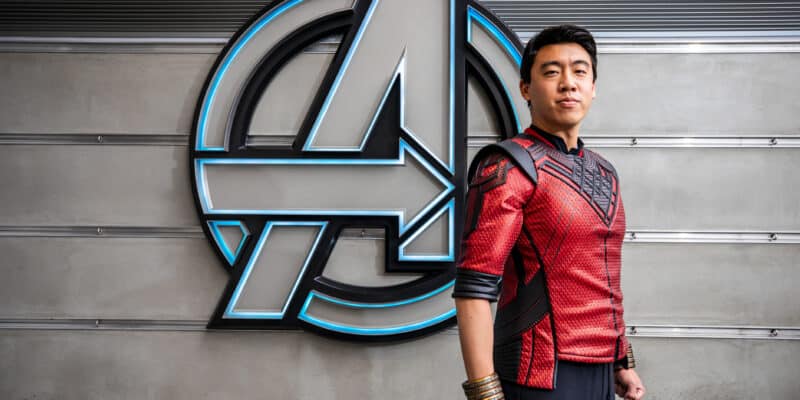 After a trip to Ta Lo, Shang Chi is returning to Avengers Campus at Disney California Adventure! Guests can meet one of their favorite heroes with a fantastic new outfit and all the power of the ten rings for a limited time.

Disney Parks (@disneyparks) recently posted a video on their TikTok account announcing the return of Shang Chi with the character’s signature humor.

You can see the video or click here to watch it.

We’ve recently seen videos of Guests who have encountered Sam Wilson in his Captain America costume, meeting Guests as he patrols Avengers Campus.

It’s exciting to see these popular characters returning to the Park for Guests to meet them and interact with them, especially if they didn’t have the chance to do so when they made their debut in the highly immersive land.

Guest have also been able to meet Moon Knight, Scarlet Witch, America Chavez, and Ms. Marvel while they explore Avengers Campus and enjoy their own superhero adventures at the Park.

Since Disney Parks resumed character interactions, Disneyland has been making the most of these experiences, adding lots of new characters recently, including Mirabel from Encanto, who has appeared at both Disneyland Park and Disney California Adventure, Boba Fett and Fennec Shand, who are now roaming the Black Spire Outpost at Star Wars: Galaxy’s Edge, Darth Vader, who recently returned to the Star Wars Launch Bay at Tomorrowland, and Buzz Lightyear, who will make appearances around Tomorrowland looking for new fuel sources to help the Star Command.

There is so much to see and do at Disney California Adventure Park! Guests can enjoy Buena Vista Street as they walk the roads Walt had in Hollywood, enjoy a hand-dipped corn dog at Award Wieners, and Head to Cars Land to enjoy the neon signage and Radiator Springs Racers. Guests can also enjoy the Pixar Pal-A-Round on a swinging or non-swinging gondola, learn to fly at Goofy’s Sky School, rock on the Silly Symphony Swings, and catch Jack-Jack on Incredicoaster! The list of rides and attractions never ends!

Plus, at Disneyland, there is so much for Guests to enjoy! Walking up to Sleeping Beauty Castle is always a dream, especially when you get to go inside and relive the story of Aurora and Maleficent. Riding classics like “it’s a small world,” Pirates of the Caribbean, Mr. Toad’s Wild Ride, The Haunted Mansion, Matterhorn Bobsleds, Splash Mountain, and more will have you feeling the magic and craving a churro! Toontown is currently gearing up for a massive change which will be revealed in 2023 with the reopening of the land and the debut of Mickey and Minnie’s Runaway Railway. At Disneyland, Guests can now enjoy Star Wars: Galaxy’s Edge for some blue milk or green milk and ride Rise of the Resistance and Smuggler’s Run.

Will you visit Avengers Campus soon? Let us know in the comments below!