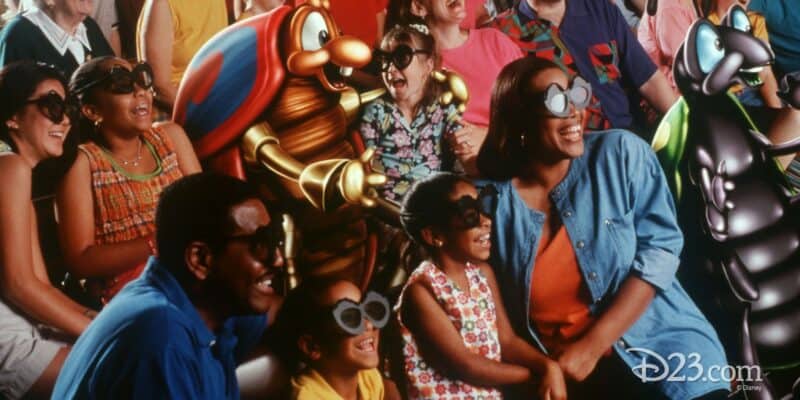 When visiting Walt Disney World Resort, Guests have the chance to enjoy delicious food and drinks, world-class entertainment, character interactions, iconic classic attractions, and new innovative experiences. With so much to offer, it’s easy to see why Walt Disney World is The Most Magical Place On Earth!

While Disney World is a place for the young and the young at heart to imagine, dream, and enjoy, one recent post begs parents to stop taking their children to one attraction in particular.

User u/Kawaiidumpling8 took to Reddit to beg parents to stop taking their children to It’s Tough to be a Bug! as they’ve found it to be a traumatizing experience. They comment that they often witness small children crying and screaming throughout the presentation, and ask parents on Reddit to please, do their whole family a favor, and don’t enter the show if they are traveling with kids.

They give a detailed breakdown of what happens at the show that might cause some kids to be scared. You can read it below:

A tarantula shoots at flying targets. Puffs of air gust your face.

A termite shoots “acid” at you. Squirts of water sprinkle you from the back of your seat. One child screamed it got me. They were terrified they would start melting from the acid.

A stinkbug sprays their stink (this is the most mild one).

There’s this whole angry scene about how humans are the enemy because we exterminate insects and then we are put in their shoes (swatter, bug spray, etc …)

Arachnids fall down from the ceiling in the dark and have angry red eyes.

And then when everything is just about over, the “roaches” crawl under your butt to exit the theater. (The bench has wiggling sensations)

I think the worst part is the exterminator part because it’s because to be scary. It’s supposed to evoke empathy which is difficult for very small children to understand. I think the takeaway most children get from this is that insects are something to fear.

While the post received some responses from fellow Redditors saying their young kids loved the show, in many cases, young Guests end up terrified and screaming. The original poster adds that if readers can be sure that their kids will respond positively to the show, by all means, they should experience it and hope their post helps parents make a better-informed decision on whether or not It’s Tough to be a Bug! is for them.

The official Disney World website describes the It’s Tough to be a Bug! show as follows:

Become an honorary insect as you take your seat in the theater hidden at the base of the Tree of Life and don a pair of “bug eye” glasses. Enjoy a delightful 3D movie and live show hosted by Flik, the loveable ant from A Bug’s Life, and learn how insects survive in the wild.

If you want to visit Disney’s Animal Kingdom, there is a ton to see and do! You can head over to Expedition Everest in Asia (when it is not under refurbishment) to visit the terrifying Yeti. Pandora will bring your Avatar dreams to life with Flight of Passage bringing Guests into the world of the Na’vi. DINOSAUR is still filled with giant dinos at every turn, and over at Kilimanjaro Safaris, you can take a ride on an authentic safari, and if you are lucky, a giraffe might even step in your way! A Celebration of Festival of the Lion King is now running, and the show is not one you should miss.

And at Magic Kingdom, there is so much for Guests to experience! Cinderella Castle is decked out for the 50th anniversary, and Festival of Fantasy and Mickey’s Royal Friendship Faire recently returned. You can ride the three big mountains: Space Mountain, Splash Mountain, and Big Thunder Mountain, or calm things down on Peter Pan’s Flight. Rope drop the Park to get on Seven Dwarfs Mine Train and then enjoy a mid-day snack with some Dole Whip. Be sure to meet Mickey Mouse and enjoy the firework show, Disney Enchantment!

Have you experienced It’s Tough to be a Bug! before? What do you think of the show? Let us know in the comments below!