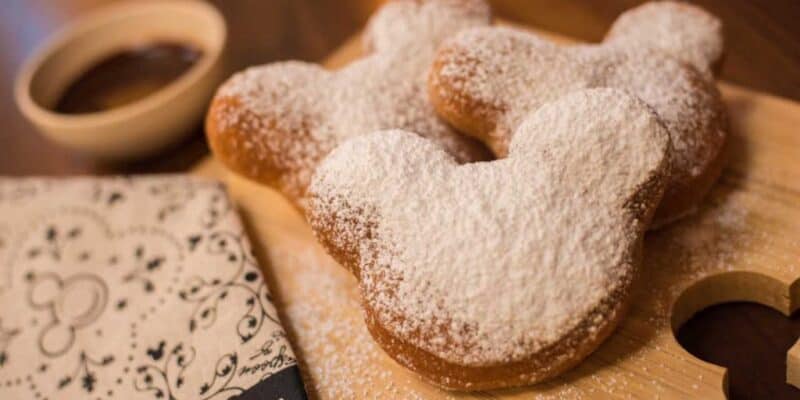 A few months ago, Disney announced they would be “reducing portions” at Disney Parks restaurants and that it “would be good for Guests’ waistlines.”

This allegedly came as a financial decision in order to cut costs, but ever since, Guests have voiced several complaints about the quality of the food at both Disneyland Resort and Walt Disney World Resort. Recently, one Disneyland Guest ordered a pack of iconic beignets and was outraged by what he received.

Redditor u/Effective_Mud_5565 posted an indignant photo of a thin and completely hollowed beignet, adding that Disney wasn’t kidding when they said they were cutting portions.

Redditor u/lostand1 commented that being from Louisiana, she could confirm that traditional beignets can sometimes be hollowed but not have a hole as big as this.

From southeast Louisiana here. Grew up eating beignets my whole life, and my mawmaw cooking them in the kitchen. Cafe du monde has some of the most dense beignets I’ve ever had. Most down here are fluffier and have holes in them. Granted they’re usually not one big hole like this lol but it’s not uncommon to have some like this in a batch.

While it may be true that traditional beignets are not as dense as Disney’s offering, Guests visiting the Parks are already used to enjoying Disney’s fuller version of beignets. It was not explained if the whole pack of beignets received by this Guest was as hollow as the one pictured. Still, if that were the case and Disney suddenly decided to adopt a more traditional recipe for this beloved treat, Guests would not be too happy with the decision.

Some Redditors added that not all beignets are created equal, as different locations use different mixes to prepare the iconic sweet treat. Ralph Brennan’s Jazz Kitchen at Downtown Disney came out as a favorite among these comments, as many mention this location serves the best beignets on property, making it worth the price difference.

According to a Disney manager, the changes in food quality are being caused by issues affecting the Parks’ supply chains and not because of Disney cutting costs.

Have you noticed food and snack portion sizes getting smaller in your recent visits to Disneyland Resort? Let us know in the comments below!