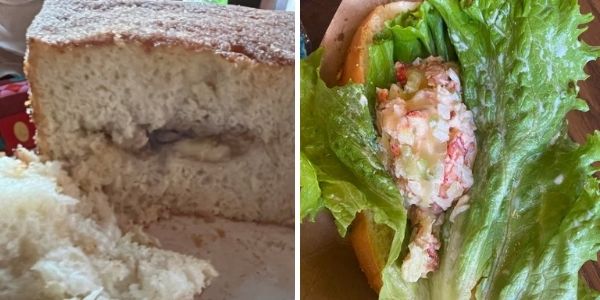 As all of the Disney Parks adjust and adapt to COVID-19, high inflation, and supply chain issues, many Guests are starting to notice issues piling up. From dirtier Resorts to low staffing and constant downtime for attractions, it seems The Walt Disney Company and Disney Parks are stuck between a rock and a hard place.

Late last year, Disney was in hot water after Walt Disney Company CFO Christine McCarthy addressed the current Parks situation. McCarthy noted that Disney has no plans to outright raise prices within Josh D’Amaro’s Parks, Experiences and Products division. She did indicate that Disney is looking at a number of ways to cut costs behind the scenes, however, including “reducing portions” at Disney Parks restaurants. McCarthy claimed this would “be good for Guests’ waistlines”.

This comment did not go over well obviously and since then, Guests have been on the lookout for smaller portion sizes within the Parks. The Columbia Harbor House at Magic Kingdom is a beloved quick-service restaurant that specializes in seafood, offering fish, shrimp, and most famously, lobster. The lobster roll has gained an almost cult-like status for fans sick of the regular fried chicken and cheeseburgers that fill the other quick services at the Magic Kingdom.

However, one Guest did not have a great meal after being served an absolutely tiny portion. Recently, a post on Reedit showcased this issue after a Guest had a rather lackluster meal in Walt Disney World. See the full post below:

Many users flooded the comments with their take on the situation. User u/fluffy_bunny22 commented:

That’s a whole lot of roll and lettuce.

user u/refiase shared their experience of smaller portions at the Disney parks:

We noticed a significant portion decrease at Pecos Bill’s too. I used to be full off of half of a lobster roll! Hurricane Hanna’s still loading up their seafood rolls though.

For reference, Columbia Harbor House sells the lobster roll for $17. View the full menu here. Here’s what it should look like:

Another user even responded to the original post with their on, regarding Tonga Toast, a beloved item at another popular Disney quick-service restaurant. See that post below:

In response to the recent post of Lobster Roll at Columbia Harbour House.. Tonga Toast from Capt. Cook’s

In response to the recent post of Lobster Roll at Columbia Harbour House.. Tonga Toast from Capt. Cook’s! from WaltDisneyWorld

Related: Pirates of the Caribbean and More Disney Attractions Set to Close Next Week

Many other users also ran to the comments to voice their opinions and concerns on the state of the food at the Walt Disney World. User u/slimmyboy007 said:

Let’s keep this going! this is straight up embarrassing

User u/1ofthedisneyweirdos talked about their attempt at making Tonga Toast:

We made this at home a few years ago. I am a below average chef and even mine looked more impressive than this.

Tonga Toast is a very popular item at Captain Cooks. Here’s what that item should look like: 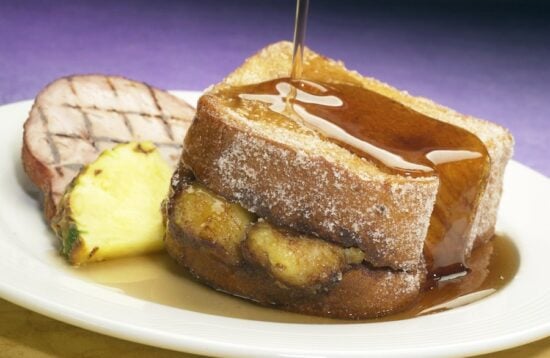 Both Captain Cook’s and Columbia Harbor House remain incredibly-popular places to get a quick meal at Walt Disney World, but these quality issues are definitely concerning.

Have you visited Columbia Harbor House at the Magic Kingdom recently? Have you noticed food or snack sizes getting smaller at Walt Disney World? Let us know in the comments below!