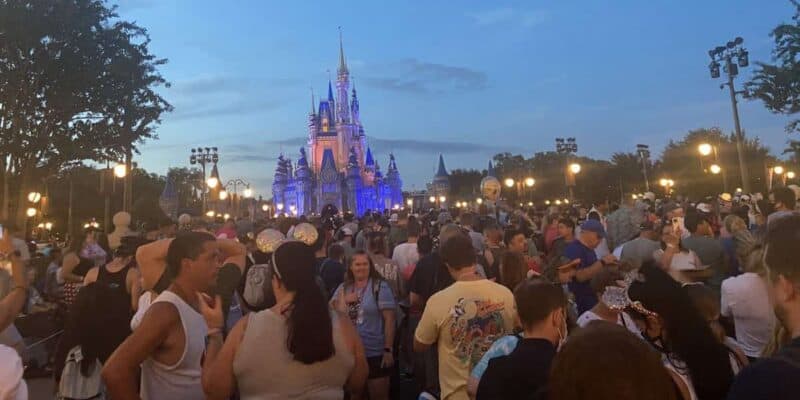 It seems that Disney World had its own version of The Lost Princess!

If you are at Walt Disney World Resort with your family, one of the most terrifying things to happen is for someone to get lost, especially a young one without a phone.

Of course, losing a child in any public space is terrifying, but doing so at Disney World means you lost them in a sea of thousands, which can be a very stress-filled situation. Luckily, Disney World is an incredibly safe space, and Cast Members are trained to look out for Guests of all ages who may need assistance. But what happens if you did not lose a child, and then one approaches you as if you are their parents?

Related: Mom Says This Fake Disney Tattoo Can Save a Child at the Parks

In a hilarious Reddit thread, Disney Guests and Cast Members have been posting all sorts of stories that have happened to them while at Disney World. In the thread, Reddit user dinosaregaylikeme posted a story that they and their partner experienced. One child approached the couple, placing himself between the couple and asking for a bite of their Mickey pretzel. It seems that the child was acting like this couple, who would have been total strangers to him, were his new parents!

Shocked by the situation, one of the Guests distracted the young child with the pretzel he was asking for while the other found a Cast Member. It seems that the family had already been looking for the young boy and the Cast Member was able to easily locate the parents. Once the young boy found out his parents were coming, he seemingly broke down as he knew he got lost because he kept running away from his family!

Take a look at the story as described by the Guest below!

Not a cast member, but did have a little kid ask me if I was his dad in front of Thunder Mountain. He decided that my husband and I were his new parents so he sat down between us and asked if he could have bite of my husband’s Mickey Pretzel.

My husband distracted him with the Mickey Pretzel while I grabbed a cast member to claim a lost child. Cast member told the kid that he knew where his real parents were at.

Poor kid started crying that he didn’t listen to his mom by not having a hand on the stroller and running ahead of his family.

If you ever lose someone in your party while at Disney, do not fret! You can speak with a Cast Member who will quickly work hard to resolve the situation. In this case, the incident occurred in Magic Kingdom in Frontierland. The same Reddit user posted in the thread again discussing a lost child story, and it shows just how magical Disney Cast Members are! Check it out below!

Happened to my sister in law and her wife. My nephew was an eager bever to get to the next ride and got off the ride faster than my sister’s in laws and ran thinking he knew where it was.

He didn’t. He got lost. His parents informed the nearest cast member and Fantasyland land and the front gates got more security asap.

He wondered all the way over to It’s a Small World. He found Alice from Alice in Wonderland and in tears told her that he lost his parents. The Mad Hatter came over and told Alice that the White Rabbit found some lost parents. Alice and The Mad Hatter walked my nephew down to Main Street, Lost Childrens Center. They got my nephew to calm down by talking about Unbirthdays and Tea Parties. My nephew literally skipped into Lost Childrens with Alice in hand with dry eyes while talking about his new friends and his Merry Unbirthday.

My nephew got put on a childs leash after that.

Have you ever been lost at Walt Disney World? Let us know in the comments below!