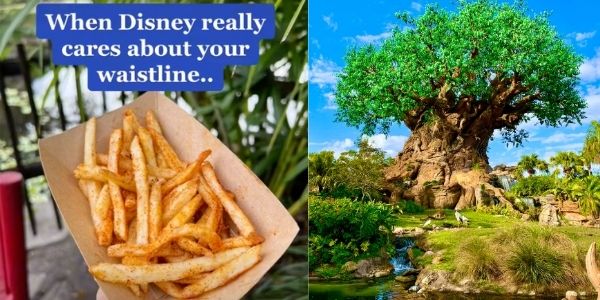 Over the last few years, Disney has announced many ways it is planning on saving money and raising prices at its Parks and Resorts. Now, after the company’s fourth-quarter earnings call, Disney may be attempting another way to cut costs, specifically with its food.

As we reported last month, Walt Disney Company CFO Christine McCarthy addressed the company’s fiscal situation and indicated that Disney is looking at a number of ways to cut costs behind the scenes, including “reducing portions” at Disney Parks restaurants. She even went so far as to say that this “would be good for Guests’ waistlines.” While this may not come as a complete surprise to the more experienced Disney Guest, it is definitely something to keep an eye out for while visiting.

Disney For Foodies (@disneyforfoodies) actually did a little experiment on TikTok, ordering french fries from Mr. Kamal’s at Disney’s Animal Kingdom and comparing what the order looked like in October and November. While this is not proof that Disney has actually started to cut portion sizes down, there is quite a big difference with the order.

When Disney really cares about your waistline

Another post found on Reddit saw a Guest complaining about their rather lackluster-looking pasta dish from Disney’s Pop Century Resort. Read more about that story here.

“This was $12. They don’t believe in sauce apparently.” 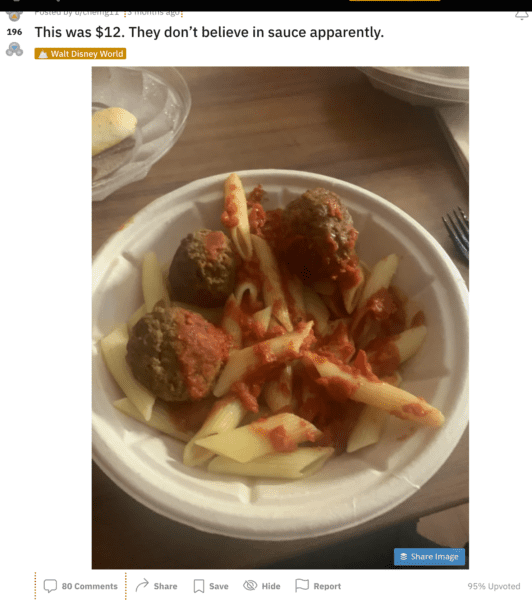 While these anecdotal examples are not definitive proof that the cost-cutting and smaller portion sizes have already started, the quality and sizes of these meals are quite obvious. Over the last year, many Disney restaurants have changed to smaller menus, such as ‘Ohana at Disney’s Polynesian Resort returning to its original menu, which we covered here.

Have you noticed smaller portion sizes while at the Disney Parks? What do you think about this cost-cutting method?