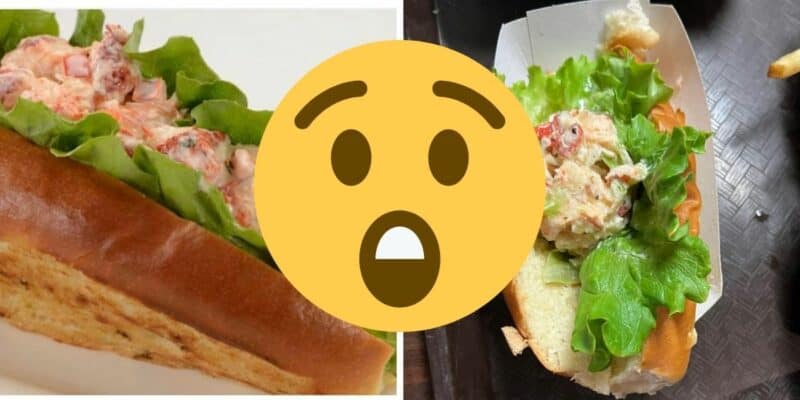 Ever since, Disney Guests have been complaining about the quality of food at Disney restaurants. Recently, one Disney World Guest visited Columbia Harbor House at Magic Kingdom and ordered a lobster roll, which clearly did not look like the advertised photo and led to disappointment and frustration.

Columbia Harbor House is located inside Magic Kingdom at Walt Disney World and is a quick-service restaurant that offers a variety of food items, but is best known for its iconic and fan-favorite lobster roll sandwich.

As seen in the image above, the lobster roll comes with a heaping scoop of chilled lobster and is served on a New-England style bun. The meal comes with a side of french fries and costs $16.99, which seems reasonable for the amount of lobster seen in the photo.

However, on a recent trip to Columbia Harbor House, Disney World Guest Marlene did not receive what was advertised.

Marlene sent the following photo to Inside the Magic and explained that after receiving this shocking and extremely disappointing menu item, she complained to the Disney Cast Member at the register.

The Cast Member did bring her an extra lobster roll sandwich to make up for the portion size, but unfortunately, Marlene said the second sandwich was just as bad as the first one.