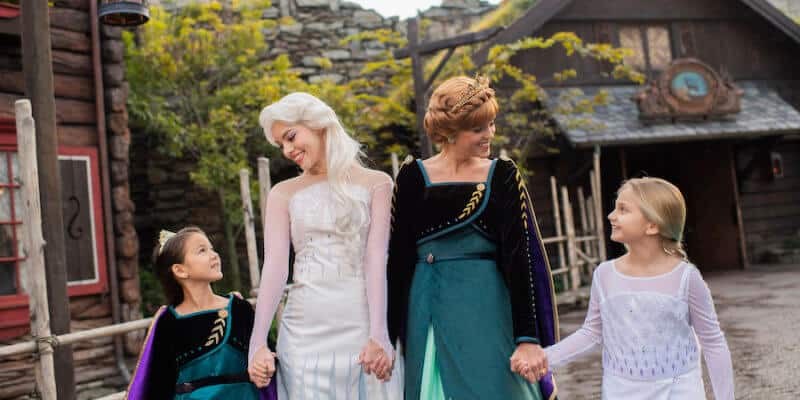 It looks like meet and greets are returning to normal at Walt Disney World Resort and Disneyland!

During the pandemic, things have been slow to return to normal at both of the American Parks, but now, it seems that hugging Mickey Mouse may just be days away. Disney did give Guests the opportunity to have socially distanced “character sightings” which allowed Guests to take distanced selfies with Disney characters such as Pooh, Chip and Dale, Minnie, Mickey, and more. But now things are changing.

Disney Parks has now taken to Instagram to share a video of the rope that separated Guests from meeting Mickey Mouse at Magic Kingdom being removed with Mickey doing a large hugging motion. In the comments, Disney did note that more information would be available tomorrow on Disney Parks Blog. In the post, we can see Disney World and Disneyland are included in the hashtags as well as Disney Cruise Line and Aulani, so it seems that both Parks will be announcing the return of meet and greets tomorrow. Check out the video here!

Although Disney did not announce a date in their post, it seems some on social media are predicting April 18 as the grand return. Take a look here!

This will be a massive step for Guests who have not been able to hug their favorite Disney characters for over two years now!

At the moment, COVID-19 changes are still very present at Disneyland Paris. We have seen Hong Kong Disneyland Resort and Shanghai Disneyland Resort both shut down again due to the ongoing pandemic, however other Resorts like Walt Disney World Resort and Disneyland Resort are beginning to look like a much more normal theme park experience with crowds filling the Park’s once again. As of April 1, 2022, meet and greets with 0 distancing will return!

Are you excited to see meet and greets return to normal? Let us know in the comments below.