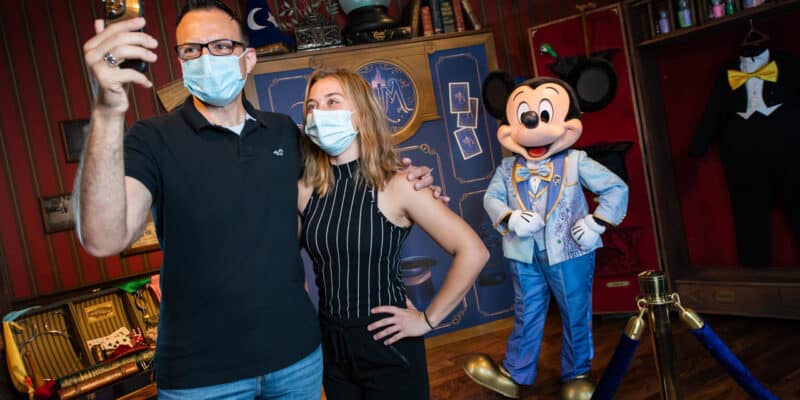 After over a year of not being able to meet your favorite Disney characters due to the ongoing pandemic, Disney is bringing back select meet and greet spots — with modifications!

Related: More Entertainment Is Returning to Animal Kingdom NEXT WEEK

Though Guests could spot their favorite Disney characters in cavalcades to in pop-up locations around the Parks, Guests could not get individualized time with them — but that is about to change as select meet and greet locations are making a comeback!

According to Disney Parks Blog, both Princess Fairytale Hall and Town Square Theater will reopen at Magic Kingdom as Disney Princesses and Mickey Mouse return for meet and greets. Though Guests won’t be able to hug Disney characters or get their autographs, you will be able to have individualized time with select Disney characters, which is something many Guests have missed over this past year.

Over the past year, beloved Disney Characters have been popping up in cavalcades, motorcades, flotillas, and surprise sightings, much to the delight of our guests, and I’m pleased to tell you many of those experiences will be continuing. Although the environment is not right just yet for hugs and autographs, you’ll soon be able to have individualized time with some of your favorite characters, getting to visit with them in a themed location and snap a photo or two. Look for the Disney Princesses to return to Princess Fairytale Hall in Magic Kingdom Park.

And when you stop in to see Mickey Mouse backstage at Town Square Theater on Main Street, U.S.A., he’ll be sporting his all-new EARidescent look designed just for the Walt Disney World 50th Anniversary Celebration! Each of these locations is planned to start welcoming guests in November.

The official Disney World website describes this experience as:

Mickey Mouse is in his rehearsal room, ready to meet his biggest fans. Discover props and posters from Mickey’s magical career in the theater and maybe even spot a disappearing dove or a rabbit coming out of a hat. The greatest magic of all happens when you get a hug from Mickey Mouse himself.

The official Disney World website describes this experience as:

Enjoy a dazzling encounter with Cinderella and Elena in an enchanting royal setting.

Everyone gets the royal treatment as Cinderella encourages one and all to be kind—and always believe in your dreams.

As Elena readies herself to rule the enchanted kingdom of Avalor, she creates her own heroine’s journey—and it includes a visit with her fellow Princesses—and you!

How do you feel about character meet and greets returning to Walt Disney World? Let us know in the comments below.