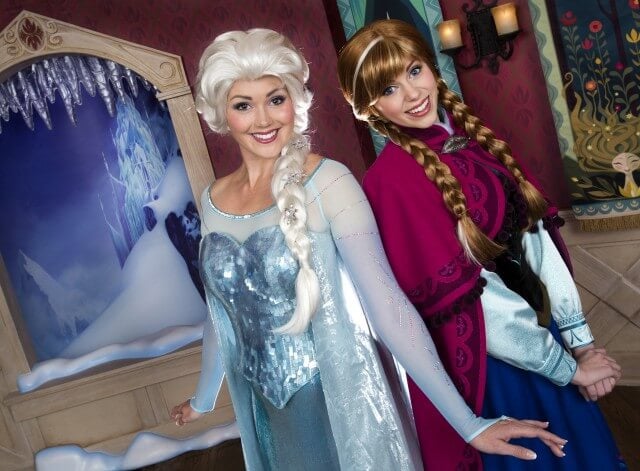 "Frozen" meet-and-greet with Anna and Elsa

Ready to give Mickey the biggest hug ever on the best day ever? That day may be coming sooner than we think. Disney Character meet and greets have just returned to Disneyland Paris in time for the 30th-anniversary celebration, leaving Walt Disney World Resort and Disneyland Resorts Bruno-green with envy!

Word has come out tonight that our favorite Disney character will soon accept an up-close and personal welcome… one Disney executive has spoken out!

Disney character meet and greets have been a traditional part of the Guest experience at domestic Disney Parks. From meeting the fab five at Chef Mickey’s for breakfast to the more obscure photos and hugs alongside the runDisney corrals, characters are beloved by all. The absence of these hugs, autographs, and personal interactions has been noticed since the Disney Parks reopened following the COVID-19 pandemic.

Disneyland Paris recently returned to having “normal” meet and greets, just days after removing mask mandates. Disney Guests were eager to give characters hugs and tell him how much they were missed! On that note, tonight, reporter Scott Gustin (on Twitter with the handle @scottgustin) tweeted

This report was gathered from the Morgan Stanley Tech, Media & Telecom Conference today, March 7, 2022. Disney CFO Christine McCarthy had recently undergone some fire when releasing that portion sizes would shrink during a 2021 Disney investor call. While that news was ill-received, this moment of news is much more hopeful. We’re eager to continue returning to normal in terms of full and regular operation at the Disney Parks. No official date has been released by Disney on when these “normal” activities will return, but stay tuned to Inside the Magic for more updates!

Which Disney character will you be hugging first? Leave us a comment below!