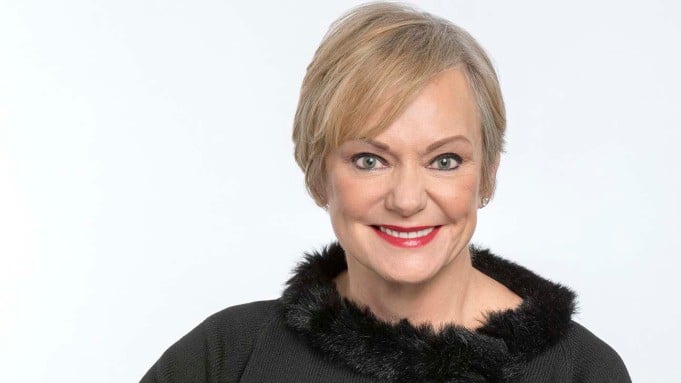 The Walt Disney Company has announced that they are extending Chief Financial Officer Christine McCarthy‘s contract into 2024, according to The Hollywood Reporter.

McCarthy, who was named CFO in 2015 by then-CEO Bob Iger, previously signed a contract which ran through 2022. The new contract extension furthers her time with the company by two and a half years.

“Christine’s leadership has been indispensable during this time of disruption and transformation, and her impact reaches well beyond our balance sheet. She has been instrumental to Disney’s growth and helped us navigate the most difficult days of the pandemic. Her expertise, judgment, and relationships are true assets to the Company, and I am grateful to have her as a valued partner.”

McCarthy also released a statement after signing the contract extension, expressing her gratitude:

“It is an incredible privilege to serve as CFO of this great company, and I am thankful for the opportunity to continue working with Bob Chapek and the entire senior management team as we advance the Company’s strategic initiatives with an eye toward delivering shareholder value. I am proud of Disney’s world-class financial organization and all it has achieved, and look forward to building on the team’s success in the years ahead.”

Prior to becoming CFO of The Walt Disney Company in 2015, McCarthy served as Executive Vice President, Corporate Real Estate, Alliances and Treasurer, The Walt Disney Company. According to Disney, while in that role, she was responsible for “the enterprise-wide management of a variety of functions, including corporate finance, capital markets, financial risk management, international treasury, insurance, pension and investments, global cash management and treasury operations, and credit and collections.”

Ms. McCarthy serves on the Board of Directors of The Procter & Gamble Company and FM Global. She is also a trustee of the Carnegie Institution for Science. Ms. McCarthy was previously on the boards of Phoenix House of California, Inc., the Los Angeles Philharmonic Association, UCLA Anderson, and Smith College. She is also a former trustee of the Westridge School in Pasadena, California. Ms. McCarthy has received numerous awards and has been named multiple times to Treasury & Risk’s “100 Most Influential People in Finance,” the Top 100 Irish American Business Leaders, and Business Insider’s “The 15 Most Influential Women in Finance.” In 2015, she was the recipient of Treasury Today’s Adam Smith “Woman of the Year” award. In 2016, she received Los Angeles Business Journal’s “Executive of the Year” award and was honored as one of the Entertainment Diversity Council’s “Top 50 Most Powerful Women in Entertainment.”

Christine McCarthy recently spoke out at The Walt Disney Company’s fourth-quarter earnings call, gaining some attention with her comments on “reducing portions” at Disney Parks restaurants. McCarthy noted during the call that this would be “good for some people’s waistlines” when they visit Walt Disney World Resort and Disneyland Resort.