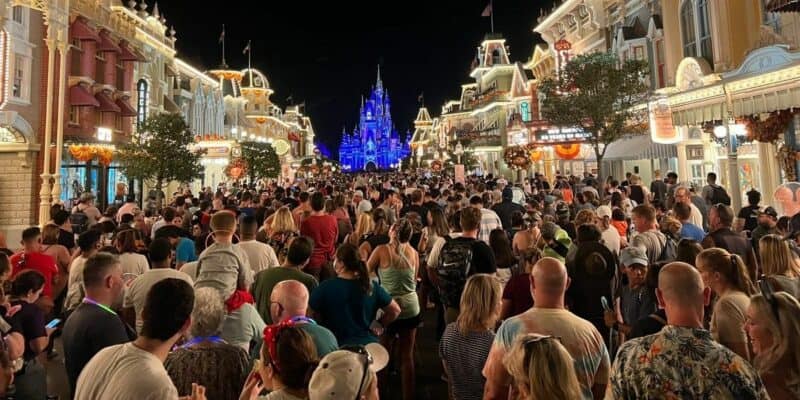 During the pandemic, the Walt Disney World Resort has had to make many changes to return to “normal,” a term that feels distant, even at this point as there have been many operational changes at the parks.

At the moment, although social distancing is no longer in place, masks must be worn at all indoor locations while on property, and Disney Park Pass reservations must be made before entering the parks. It has been months since Disney has announced what their capacity is, although we do know that it has generally increased over time.

As crowds begin to fill the parks for the holiday season, the busyness that we see feels almost as if things are back to normal in terms of capacity limit, but it seems that we are not yet there. During the Walt Disney Company’s Fourth Quarter 2021 Financial Results Conference Call, Christine McCarthy, CFO of the Walt Disney Company, spoke on capacity and noted that capacity is still “generally” reduced at their parks.

Disney World was highlighted, and from this, we can see that the theme parks still do have a capacity, but the interesting word used was “generally.” By using “generally,” we can assume that for the most part, there is a capacity reduction, but not always, as the term does not define that it is definite.

As someone who heads to the parks each week, I can say that crowds have increased while the difficulty in making a Disney Park Pass has decreased. Over the summer, snagging a Park Pass to Disney’s Hollywood Studios was nearly impossible, especially last minute. Now, it is rare to see all Park Passes booked up.

What do you think capacity is currently sitting at? Let us know in the comments below!