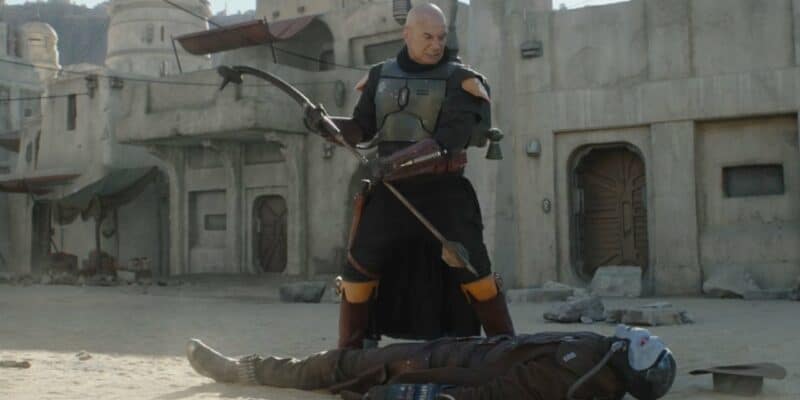 When most people think of the Star Wars franchise, the Jedi Order and the Order of the Sith are the two groups that immediately come to mind.

And, while characters like Grand Master Yoda, Luke Skywalker, Obi-Wan Kenobi, Darth Vader, Darth Maul, and Emperor Palpatine are undoubtedly iconic, there’s a third group that has played perhaps a bigger role than any other in the progression of the Star Wars story over the past four decades — bounty hunters.

From the original trilogy’s Boba Fett and Bossk to Star Wars: The Clone Wars‘ Cad Bane to The Mandalorian‘s leading man Din Djarin, bounty hunters are at the crux of many thrilling Star Wars story arcs — as a matter of fact, the “bounty hunter scene” in Star Wars: Episode V – The Empire Strikes Back (1980) remains one a fan-favorite even after 42 years.

In fact, they’ve been a key part of many recent Star Wars project, including Jon Favreau and Dave Filoni’s entire Mandalorian saga that began with Djarin’s (Pedro Pascal) introduction in November 2019, and has continued with the reemergence of Fett — and the introduction of Fennec Shand (Ming-Na Wen) — as major players in the galaxy far, far away.

Temuera Morrison even returned to play the legendary bounty hunter in his own series, The Book of Boba Fett, which also saw Bane’s live-action debut (and possible demise).

Now, the franchise is releasing a brand new bounty hunter project entitled “Star Wars: Secrets of the Bounty Hunters.” The book will be narrated by fan-favorite Star Wars Rebels space pirate Hondo Ohnaka, who will share never-before-details about all of the most notorious bounty hunters in the Star Wars universe.

Amazon officially describes the book as:

Join wily pirate Hondo Ohnaka to learn about the galaxy’s shadowy underworld in Star Wars: The Secrets of the Bounty Hunters. Young fans will uncover fascinating stories about the most infamous denizens of scum and villainy, all accompanied by incredible artwork and interactive features, such as pop-ups, booklets, and lift-the-flap inserts…

A second season of The Book of Boba Fett has not yet been confirmed, but another Mandalorian spinoff — Rosario Dawson’s Ahsoka — is also expected next year.

Are you excited about “Secrets of the Bounty Hunters”?