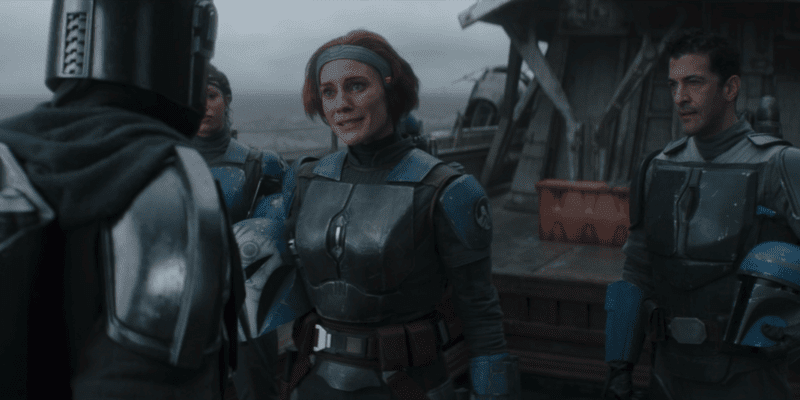 Pedro Pascal’s The Mandalorian Season 3 drops an exclusive trailer at the Star Wars Celebration that gives fans an idea of what the season will explore.

Star Wars Celebration is live meaning new announcements and trailers are dropping almost every day for Lucasfilm projects. Willow and Andor have received a trailer that is both online, but The Mandalorian kept their trailer exclusive for the people at the convention, but word travels fast at what was seen.

Din Djarin will be returning to Disney+ for his third season in February 2023 meaning that fans won’t have to wait too long before seeing the iconic duo again:

The Mandalorian and Grogu continue their journey in Season 3 of #TheMandalorian, streaming February 2023 only on @DisneyPlus.

The Mandalorian and Grogu continue their journey in Season 3 of #TheMandalorian, streaming February 2023 only on @DisneyPlus. pic.twitter.com/CHqUL1gec7

After this some fans were able to share some details from the exclusive trailer which hint at what the series will cover:

A trailer for ‘THE MANDALORIAN’ Season 3 was shown at #StarWarsCelebration which included: – Din going to Mandalore to be “forgiven for his transgressions” – Bo-Katan asks Grogu “Did you think your dad was the only Mandalorian?” – Greef Karga and Peli Motto return

A trailer for ‘THE MANDALORIAN’ Season 3 was shown at #StarWarsCelebration which included:

– Din going to Mandalore to be “forgiven for his transgressions”

– Bo-Katan asks Grogu “Did you think your dad was the only Mandalorian?”

Related: ‘Obi-Wan Kenobi’ Might Be the Next ‘Last Jedi’ For ‘Star Wars’

While fans aren’t shocked to see Bo-Katan back in the series, it’s great to know that Katee Sackoff will have a role in the season as fans know that the Darksaber on Mandalore again will create some new interesting moments for Star Wars fans to witness.

Perhaps fans will see Din Djarin have to decide what it really means to be a Mandalorian and if he will take the mantle as the leader of the Mandalorians or have to lose the Darksaber to another warrior since many Mandalorians will see the weapon as the way to get the throne of Mandalore.

Mando has definitely become one of Star Wars‘ most beloved characters and fans are eager to see what will happen to Mando and if Giancarlo Esposito’s Moff Gideon will have a role in the upcoming season. Season 2 brought several legacy characters into the series so it wouldn’t be a surprise to see more characters show up.

Are you excited for The Mandalorian Season 3? Let us know what you hope to see in the new season!