'Star Wars' "Jack Sparrow" Might Rescue Disney - Inside the Magic 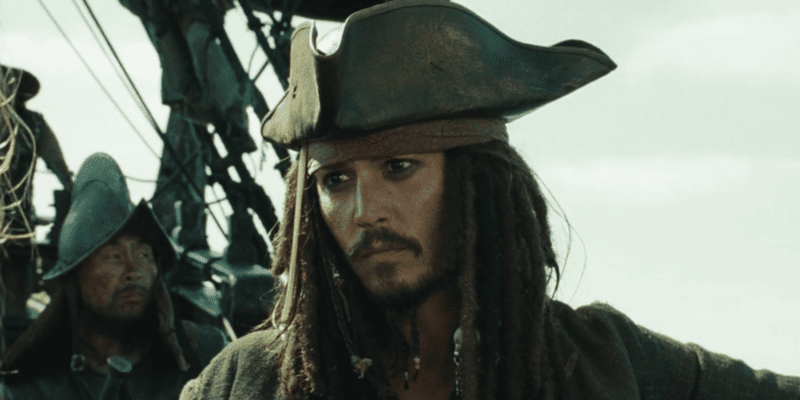 With all of Johnny Depp’s recent personal drama involving his legal battle with ex-wife Amber Heard, the Pirates of the Caribbean franchise is down one very important pirate.

With Depp out as the irrepressible Captain Jack Sparrow, The Walt Disney Company needs someone to step up and take the place — at least in some fashion — of the rakish pirate. The perfect solution? Star Wars: The Clone Wars and Star Wars Rebels character Hondo Ohnaka.

Ohnaka, of course, wouldn’t literally replace Depp’s Jack Sparrow in the Pirates of the Caribbean franchise, but the space pirate could absolutely fill the gap left by Sparrow’s exit for the POTC fandom should he enter the live-action Star Wars canon.

This would, in a sense, rescue Disney after their controversial decision to oust Depp amid his domestic abuse lawsuit.

For quite some time, especially since an Ohnaka animatronic [below] was unveiled on the Millennium Falcon: Smugglers Run ride at Star Wars: Galaxy’s Edge, Star Wars fans have been speculating about when the character will show up in live-action.

r/Mandalor1974 responded with, “If at some point we dont ill [sic: don’t I’ll] be disappointed. I actually think he will be in Kenobi.” Another user, r/Tmcdanne17 weighed in with, “Recent speculation says he might show up in Mando season 3 with Christopher Lloyd playing the space pirate. That would be epic.”

There has been no confirmation about who Back to the Future alum Lloyd will be playing in The Mandalorian, but it is certainly plausible that bounty hunter Din Djarin (Pedro Pascal) and Grogu (AKA “Baby Yoda”) will encounter Ohnaka at some point during the third season of the hit show.

No matter where Ohnaka ultimately lands for his live-action Star Wars franchise debut, he is sure to have a huge impact on future projects with his far-reaching connections across the galaxy.

For those unfamiliar with the character who gains part ownership of the Millennium Falcon following Han Solo’s (Harrison Ford) death in Star Wars: Episode VII – The Force Awakens (2015), the official Star Wars Databank describes the space pirate as:

A tough, pragmatic Weequay, Hondo Ohnaka led a notorious Outer Rim pirate gang from his headquarters on Florrum. A former colleague of Jango Fett and a former lover of Aurra Sing, Ohnaka won fame during the Clone Wars when he kidnapped Count Dooku, Obi-Wan Kenobi, and Anakin Skywalker and tried to ransom all three for a big payout. Since that incident, Ohnaka continues to serve himself, not being above robbing, blinding, or betraying his friends and foes. Decades later, he started Ohnaka Transport Solutions on Black Spire Outpost to run contraband throughout the galaxy. Chewbacca has reluctantly partnered with the charming pirate to fund refurbishment of the Millennium Falcon.

What do you think about Hondo Ohnaka “replacing” Jack Sparrow for Disney?