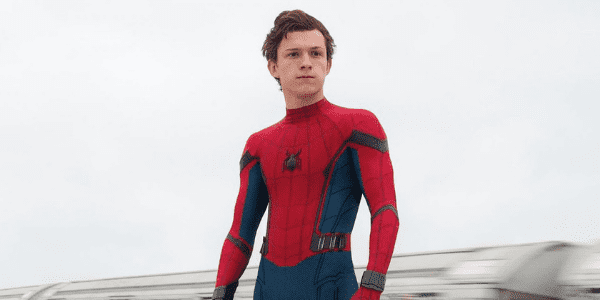 Monday at midnight, the internet broke when pre-order sales began for Spider-Man: No Way Home. Every Marvel fan faced a global crisis, with virtually every theater having their sites crash mid-purchase or even before fans could pick their seats. A small percentage were able to secure tickets, it seems that some are taking advantage of the opportunity by reselling the tickets for outrageous prices.

That’s right, resellers listed Spider-Man: No Way Home tickets for upwards of $25,000 on eBay after nearly every ticket. Other listings were around $15,000 and in the thousands.

Not to worry, the listings were quickly taken down and no one purchased them, but it still caused a frenzy online.

No Way Home is the most anticipated Marvel movie in Marvel Cinematic Universe history, rivaling Avengers: Endgame (2019) regarding ticket pre-sales and website crashes. In a worst-case scenario, every major ticket site (AMC Theaters, Regal Cinemas, etc.) crashed due to an overwhelming amount of traffic with every Marvel fan vying for No Way Home tickets.

And like any major ticketed event, ticket “scalpers” are taking advantage of the opportunity:

#SpiderManNoWayHome tickets are already being scalped on eBay for crazy prices. One listing is offering an undisclosed amount of tickets for $25,000, while another one has 5 tickets for $14,200!

#SpiderManNoWayHome tickets are already being scalped on eBay for crazy prices. One listing is offering an undisclosed amount of tickets for $25,000, while another one has 5 tickets for $14,200! (Via: @MCU_Direct) pic.twitter.com/KYMmPyvEGp

$150 for a group of tickets to see Spider-Man: No Way Home may not seem too bad, but a set of five tickets for a reported $14,200.69 from a California eBay seller sounds illegal!

Like superheroes, Marvel Studios and Sony Pictures quickly put these atrocious listings to rest and virtually all of the scalped tickets were erased from the internet.

While the listings now appear as “Ended,” resellers began listing tickets for the highly anticipated Spider-Man threequel — which is set to introduce previous “Spider-Men” Tobey Maguire and Andrew Garfield in the Marvel Universe — immediately after midnight, when tickets went on sale worldwide.

Twitter user @spidervenom69 shared a screenshot of a listing that reached up to $25,000:

Thankfully, websites are slowly getting back online and many fans are resorting to purchasing tickets in person and their local cinemas.

Rumored to introduce Matt Murdock/Daredevil (Charlie Cox) into the MCU, No Way Home continues to break the internet with each new day. From the leaked trailer to crazy rumors, Marvel Studios and Kevin Feige are doing everything in their power to keep the Marvel collection under wraps.

As December 17th nears, it’s clear that fans can’t wait to grab their tickets for Spider-Man: No Way Home.

What do you think will happen in No Way Home? Let us know in the comments below!