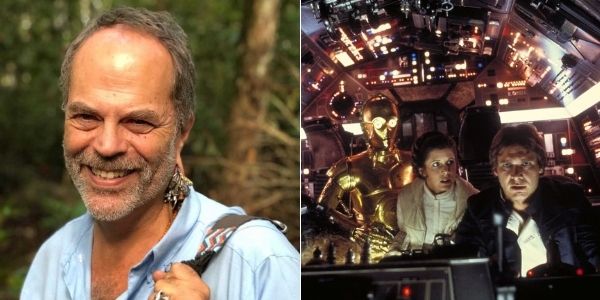 The Disney’s Animal Kingdom Park creator is active on social media and has recently been sharing tidbits about the Romantic Era, which was a cultural and artistic movement that originated in Europe toward the end of the 19th century, though has its roots much earlier in the century.

In a post over the weekend, Rohde weighed in on how he views the Star Wars franchise in relation to Romanticism — and he has a lot of thoughts regarding the Disney-owned franchise, which was famously purchased from Lucasfilm founder George Lucas in 2012 for $4 billion.

The original Star Wars as a Romantic phenomenon. Consider the rules of the picturesque: for example, the presumption that anything which is organic, irregular, eroded and patinated, humble, rural, natural…is morally superior. Like a hero who lives in a mud hut. The rules of the picturesque coincide with almost any setting, costume, dwelling, or prop associated with Star Wars good guys, but never for the truly quintessential evil guys. A preference for individual inspiration versus classical order neatly mirrors the contrast between the positive use of the force and The Empire. The very notion of the Force as something embodied in nature itself as defined in the first films resonates as Romantic. The sanctity of nature is a Romantic Era precept. The appeal to a distant Mythic past, which in the original film, is the Jedi Order, not to mention other vaguely old backdrop settings. The cultivation of the strange appeal of the sublime, a combination of fear and awe…best evoked by the Death Star. A preoccupation with monsters, and disembodied spirits, (Obi-Wan post bisection.) Motifs derived from folklore, like the undiscovered hero, princesses in distress, troll-like beings with secret messages, magic swords. Star Wars, like most movies, also indulges the 18th and 19th century pseudoscience of physiognomy, in which characters look like the moral qualities they possess. Bullies look brutish. Liars look weaselish. Etc. Even the composition of the movie score itself is a Romantic era exercise.

If cinema had existed in the 1820s, a film like Star Wars could’ve been made, and we would be studying it today in art history as an artifact of the Romantic Era.

Rohde’s followers were quick to respond, with Instagram user Daniel Camacho writing, “I didn’t even realize how much this shot [of Luke Skywalker walking towards the double suns of Tatooine] feels reminiscent of Wanderer Above A Sea Of Fog by Caspar David Friedrich. Another point 1 for romanticism!”

A user going by disneyworldvacationer seemingly knocked Star Wars: Galaxy’s Edge — which was led by Imagineer Scott Trowbridge — writing, “That’s beautiful Joe. Hopefully one day we get that world to walk in. Instead of an off brand land.”

Next up, Star Wars fans can look forward to The Book of Boba Fett, a Disney+ Original series streaming on December 29, 2021. Favreau has billed the show, which stars Temuera Morrison as the iconic original trilogy bounty hunter, as the “next chapter” of The Mandalorian.

What do you think about Joe Rohde’s Star Wars commentary?