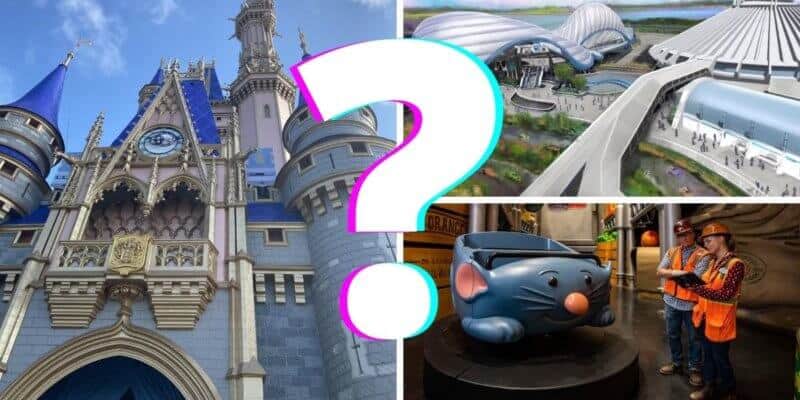 Walt Disney World is constantly moving forward, as Walt once said, and continues to update older attractions as well as build brand new ones. With so many construction projects currently happening at Disney World, and some even coming to a pause due to the current global pandemic, we decided to put together a guide for you so you can easily see what is still being worked on at Walt Disney World and what has been hauled.

Back in February, Disney announced that Cinderella Castle, the iconic centerpiece for Magic Kingdom park at Walt Disney World Resort, is getting a complete makeover! This makeover will be in honor of this year’s 70th anniversary of the Walt Disney animated film Cinderella, the castle in Magic Kingdom will be repainted with a gorgeous pink painting and gold detailing.

The construction on Cinderella Castle came to a pause due to the global pandemic, but recently work continued on the iconic centerpiece of Magic Kingdom and now it is nearly complete!

Disney first announced a new TRON attraction would be coming to Magic Kingdom at Walt Disney World during the D23 Expo in 2017. And, Walt Disney World Guests cannot wait until construction is complete on the highly anticipated TRON Lightcycle / Run roller coaster which is currently being built in a new area next to Space Mountain in Tomorrowland at Magic Kingdom.

The upcoming family-friendly roller coaster will feature a reverse launch in space and will be a never-before-seen storytelling coaster that actually rotates the Guests aboard the ride to focus them on all of the action. It has also been confirmed that the ride vehicle will rotate.

Guardians of the Galaxy: Cosmic Rewind is set to open in time for the 50th anniversary at Walt Disney World Resort in 2021.

During the D23 2019 Expo, Disney announced three brand new lands at EPCOT – replacing what is now known as Future World. The purpose of these three new lands is that all of EPCOT will be a unity of four neighborhoods that speak to each important aspect of the world. World Showcase, which has already been apart of this park, will be joined by World Celebration, World Nature and World Discovery.

Disney has already begun construction on these new lands, which you can read about here.

Remy’s Ratatouille Adventure is going to be EPCOT’s latest attraction in the France pavilion in World Showcase and will be filled with lots of family fun! It will be a trackless 4D dark ride attraction, which is based on the 2007 Disney Pixar animated film, Ratatouille.

The new Ratatouille ride is set to shrink down riders to the size of a rat. Riders will then have to scurry along with Chef Remy through Gusteau’s Restaurant in adorable rat-shaped ride vehicles. Disney riders can expect to see a variety of characters from the Disney Pixar film, including Chef Remy of course, along with the sounds, sights and smells of the restaurant. There will be special water and heat effects included in the ride. 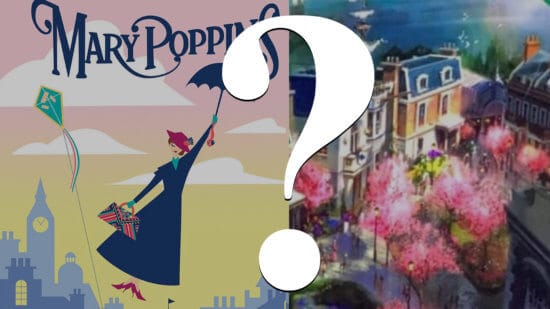 At the 2019 D23 Expo, Disney announced that Cherry Tree Lane would be a brand new neighborhood within the United Kingdom pavilion. They also announced a new attraction which will have Guests entering the Banks’ home where the Mary Poppins-themed adventure begins.

However, Disney recently stated that they are evaluating long-term projects and they have made the decision to postpone the development of the Mary Poppins attraction.

Also at the 2019 D23 Expo, Disney announced the iconic Spaceship Earth would be getting an update. Although it would still remain a journey through time, it would be revamped with new narration and an entirely new musical score.

However, recently Disney made a statement saying that they are evaluating long-term projects and they have made the decision to postpone the development of the refurbishment for Spaceship Earth.

Even though Disney made a statement saying that they are evaluating long-term projects, they only mentioned the pause on both Spaceship Earth and the Mary Poppins attraction, meaning the Moana themed attraction is still set for construction.

The Walt Disney Company revealed at the 2019 D23 Expo that there are plans for a brand-new attraction inspired by Disney’s hit animated film Moana. The attraction will be opening at EPCOT and while no set date has been revealed, we recently reported a hint that the ride could be opening in 2021.

Again, while Disney only announced the pause on both Spaceship Earth and the Mary Poppins attraction, this still indicates that the new nighttime spectacular, HarmoniouUS, will continue to be worked on.

At D23 Expo in 2019, Bob Chapek spoke about HarmoniouUS and stated it would be the “largest nighttime spectacular in Disney history.” HarmoniouUS will be shown over the World Showcase Lagoon, only this show will be even bigger and more epic than anything we’ve seen before at EPCOT.

Which one of these new projects are you looking forward to most? Let us know in the comments below.