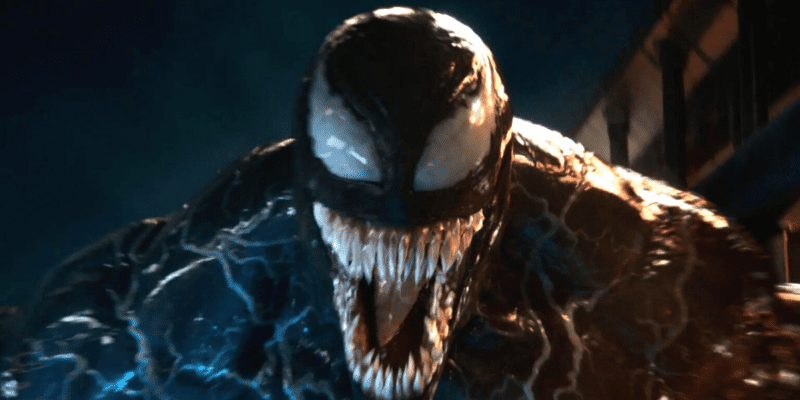 As at the release of Black Panther: Wakanda Forever (2022), the Marvel Cinematic Universe is 30 films strong. Who could have ever imagined that, in the space of 14 years, this franchise would overtake the likes of even James Bond, whose first film was released way back in 1962.

Despite a major decline in quality during Phase Four, the MCU shows no signs of stopping, as Ant-Man and the Wasp: Quantumania (2023) marks the beginning of yet another phase, which will include Guardians of the Galaxy Vol. 3 (2023) and The Marvels (2024).

However, while there are indeed 30 movies in the MCU, there’s actually a lot more! Phase Four, which includes the likes of Spider-Man: No Way Home (2021) and Doctor Strange in the Multiverse of Madness (2022), introduced the Multiverse into the MCU for the first time.

Between these two films, a number of previously non-MCU Marvel movies were brought into the fold, represented by several characters who, until Phase Four, were considered non-canon within this extended universe. But now, that has all changed.

When Spider-Man (2002) came swinging into movie theaters in 2002, the superhero genre had officially begun. While X-Men (2000) had arrived two years prior, there was just something so incredibly special about Sam Raimi’s ground-breaking film, not to mention Tobey Maguire’s performance as the iconic Marvel superhero Peter Parker/Spider-Man.

Five years later, and Spider-Man 3 (2007) had arrived. A huge downgrade to Spider-Man 2 (2004), of course — which remains the most beloved entry in Sam Raimi’s Spider-Man Trilogy — and perhaps one of the most hated Spider-Man movies to date, but still, no one could have ever imagined another franchise with the friendly-neighborhood web-slinger.

Sadly, we never got to see Tobey Maguire return — not for a long time, at least. Last year, No Way Home made our dreams come true by bringing his version of Spidey into the MCU, and with him three villains from his own trilogy — Dr. Otto Octavius/Doctor Octopus (Alfred Molina), Norman Osborn/Green Goblin (Willem Dafoe), and Flint Marko/Sandman (Thomas Haden Church).

We aren’t quite done with Peter Parker and Spider-Man just yet, as 2012 saw the arrival of a Spider-Man reboot, much to the surprise of many fans. After Spider-Man 3‘s poor critical performance, and the scrapping of what would have been a fourth movie in that series of films, Sony Pictures decided to hit the reset button and start over.

But, of course, we got to see Andrew Garfield reprise his role as the wall-crawler in last year’s Spider-Man: No Way Home, alongside Tobey Maguire’s version. What’s particularly interesting about this, though, is that many fans don’t stop to consider that Sam Raimi’s Spider-Man Trilogy and The Amazing Spider-Man movies are also now canon to each other!

While the number of MCU movies is currently at 35 on our list, it’s time for a huge injection of movies that were previously non-canon. Enter Fox’s X-Men movies, which started in 2000 with the original X-Men, and ended 20 years later with the disaster that is The New Mutants (2020), after Disney had purchased 20th Century Fox Studios.

Well, this year’s Doctor Strange sequel features Charles Xavier/Professor X (Patrick Stewart). While you could argue that he’s not the same version, seeing as the Multiverse is infinite, then it’s only reasonable to assume that the X-Men version is out there somewhere.

The Venom and Morbius Movies

This is where things start to get pretty complicated. While there’s some debate as to whether or not any of the X-Men movies are canon within the Marvel Cinematic Universe, the fact that Sony’s Venom (2018), Venom: Let There Be Carnage (2021), and Morbius (2022) are now canon is non-negotiable. But first, we have quite a bit of explaining to do!

Spider-Man: No Way Home returns the favor, as the end shows Eddie Brock being teleported back to his own universe when Dr Stephen Strange/Doctor Strange (Benedict Cumberbatch) undoes the spell that created tears across the Multiverse.

As for Morbius, which has been confirmed as being part of the two Venom movies, two mid-credits scenes reveal that Michael Keaton’s Adrian Toomes/The Vulture, as seen in Spider-Man: Homecoming (2017) has been transported into Sony’s Venom/Morbius universe.

Now this is where things start to get really fun! Deadpool (2016) and Deadpool 2 (2018) are great movies, and while they are of course Marvel, they aren’t part of the Marvel Cinematic Universe, as they exist in their own continuity, which is probably a good thing considering that Wade Wilson/Deadpool (Ryan Reynolds) makes fourth-wall references at every opportunity.

Not only that, but both films are R-rated, and they simply don’t feel like they belong with the rest of the MCU. With that said, Deadpool 3 (2024) will officially bring the “Merc with a Mouth” into the MCU. However, it remains to be seen how Marvel plans to navigate this, seeing as the character has referenced so many actors throughout both Deadpool movies.

Perhaps, though, that awful She-Hulk Attorney at Law finale, which breaks the fourth wall and then some, has made things a lot easier for Deadpool 3. As for the rating, it’s expected that the film will retain the same level of violence — which is great news considering that Hugh Jackman will be appearing in the upcoming installment as Logan/Wolverine!

So, if you include all the Spider-Man, The Amazing Spider-Man, X-Men, Venom, Morbius, and Deadpool movies, there are currently 51 movies within the MCU!

51 and counting, of course…

Marvel’s Phase Four will end on November 11 with this year’s Black Panther: Wakanda Forever, and Phase Five will begin on February 17 next year with Ant-Man and the Wasp: Quantumania. Other upcoming MCU movies are Guardians of the Galaxy Vol. 3, Blade (2023), Captain America: New World Order (2024), The Marvels, Thunderbolts (2024), Fantastic Four (2024), Avengers: The Kang Dynasty (2025), and Avengers: Secret Wars (2025).

Are you happy that the MCU has brought previously non-canon movies into the fold, or do you think the Multiverse was a bad idea? Let us know in the comments down below!