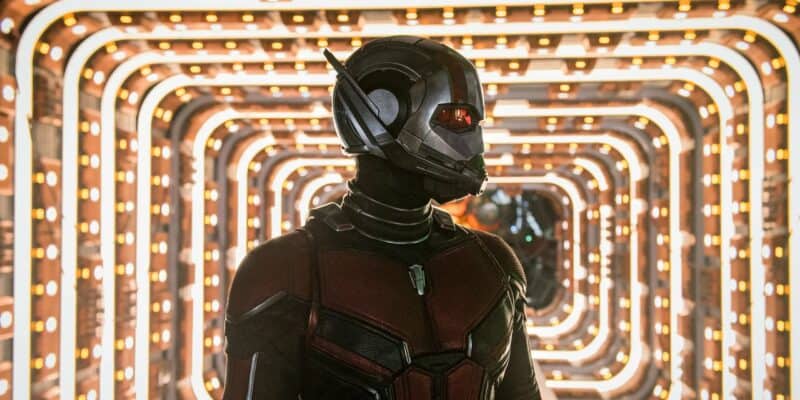 The sequel to both Ant-Man (2015) and Ant-Man and the Wasp (2018), the third solo/duo outing for Rudd and Lilly will begin the next step in Kevin Feige’s Marvel Cinematic Universe and launch Marvel Phase Five. From its beginnings at the end of 2019 to its production throughout the pandemic, Ant-Man and the Wasp: Quantumania will be the long-awaited return of some of the MCU’s most popular characters.

Ant-Man and the Wasp: Quantumania Details

Who is in the cast of Ant-Man and the Wasp: Quantumania?

Joining both will be Michael Douglas and Michelle Pfeiffer reprising their roles as Hank Pym and Janet van Dyne. The former played a pivotal role in Ant-Man back in 2015 when, as the former Ant-Man, he courted Rudd’s ex-criminal Lang to infiltrate his facility and dismantle the Ant-Man and Pym Particles plot being orchestrated by Corey Stoll’s Darren Cross/Yellowjacket.

As for Pfeiffer, it was in Reed’s sequel, Ant-Man and the Wasp that she made her MCU debut as Hope’s mother lost in the Quantum Realm. It is the exploration of the Quantum Realm and that reality’s presence throughout the latter Marvel Phase Three that provides the catalyst for the Ant-Man threequel.

While not a newcomer at least in the character sense, the actress Kathryn Newton will be making her live-action Marvel Universe debut as Scott’s daughter, Cassie Lang. Cassie was originally played by Abby Ryder Fortson in Ant-Man and Ant-Man and the Wasp, and then an older version of the character, played by Emma Fuhrmann, was seen in Avengers: Endgame (2019) after Scott returned from the Quantum Realm years after the battle with Thanos (Josh Brolin) in Avengers: Infinity War (2018).

After Disney Investor Day 2020 revealed that Newton would be taking over as Cassie Lang, Fuhrmann tweeted her sadness at being recast in the MCU, saying she hopes it means there’s something else for her in the future of the behemoth franchise.

As for the villain of the piece, MODOK has been confirmed to appear in the Marvel movie, although who will be playing the character is yet to be announced — Patton Oswalt voiced the character for the recent Hulu series M.O.D.O.K, but as the animated effort was not considered MCU canon, and with Oswalt already tied to Pip the Troll after appearing in Eternals (2021), it is likely a new actor will take on the well-known comic book villain.

It will be Jonathan Majors returning as Kang the Conqueror that will follow in the footsteps of Yellowjacket and the Ghost (Hannah John-Kamen) and face Ant-Man and the Wasp in the third Marvel film of the series. Majors, of course, made his MCU debut as a Variant of Kang in Michael Waldron and Kate Herron’s Loki.

When Loki (Tom Hiddleston) and Sylvie (Sophia di Martino) confronted He Who Remains to uncover the truth of the Time Variance Authority (TVA), and the latter killing him shortly after, the threads of the Multiverse began to converge leading to the cataclysmic events of Spider-Man: No Way Home (2021) and Doctor Strange in the Multiverse of Madness (2022).

And now, with Marvel Phase Four through Phase Six confirmed as the Multiverse Saga, and the penultimate movie aptly titled Avengers: The Kang Dynasty (2025), it seems Majors’ Kang the Conqueror is indeed the next Thanos of the MCU.

In terms of Scott Lang’s fellow criminals and employees of the X-Con Security Crew, none are yet confirmed for the upcoming picture, however, David Dastmalchian, who plays Kurt, previously stated he was not in the film. There has been no word about Michael Peña (Luis) and Tip “T.I” Harris (Dave) either, but just last year, the latter faced sexual assault allegations leading to the suspension of another project, meaning his appearance here is largely unlikely. Also unconfirmed is Jimmy Woo’s Randall Park who was last seen in WandaVision last year.

Judy Greer hopes to return, and with superpowers, as Maggie Lang. Also hinting at his potential role in Ant-Man and the Wasp: Quantumania is Samuel L. Jackson as Nick Fury, who is confirmed to lead Secret Invasion with Ben Mendelsohn as Talos, and appear in The Marvels (2023), both debuting in Phase Five.

While Stoll is not slated to return to the Ant-Man franchise, last year Lilly accidentally tagged the actor on an Instagram post sharing the front cover of Jeff Loveness’ script, before quickly deleting it and then removing altogether. Chances are the two leads will meet their former adversary once more during the Quantum Realm antics.

Hollywood icon, Bill Murray, has been cast in an undisclosed role with many fans speculating who the actor could play in the upcoming sequel.

When is Ant-Man and the Wasp: Quantumania coming out?

Originally expected to release in 2022 until the pandemic shifted the entire moviemaking industry, Ant-Man and the Wasp: Quantumania then held a July 2023 release date for quite some time. That is until earlier this year when Marvel Studios made the decision to swap Ant-Man 3 with Brie Larson’s Captain Marvel (2019) sequel, The Marvels. Ant-Man and the Wasp: Quantumania will now release on February 17, 2023, and be the first film in Marvel Phase Five.

Ant-Man and the Wasp: Quantumania and Marvel Phase Five

Where in Phase Five does Ant-Man and the Wasp: Quantumania take place?

With Marvel Phase Four now ending with Ryan Coogler’s Black Panther: Wakanda Forever (2022), and an epilogue in the form of The Guardians of the Galaxy Holiday Special (2022) from James Gunn, Reed’s Ant-Man and the Wasp: Quantumania will launch Phase Five. The next Phase will begin with the Ant-Man threequel and end almost two years later with Thunderbolts on July 26, 2024.

Marvel Phase Five will also be home to Guardians of the Galaxy Vol. 3 (2023), The Marvels (2023), Blade (2023), and Captain America: New World Order (2024) from the movie arm of the studio, with What If…? Season 2, Secret Invasion, Echo, Loki Season 2, Ironheart, Agatha: Coven of Chaos, and Daredevil: Born Again scheduled for the Disney+ television show output.

What are the rumors about Ant-Man and the Wasp: Quantumania?

One major rumor surrounds the actor who might play MODOK in the film. While initial conversations suggested that longtime Hollywood veteran Jim Carrey would take the reigns of the character, hints have been provided that nod to Corey Stoll returning to the franchise as MODOK.

After Evangeline Lilly’s accidental Instagram tag, it was thought that Stoll would return from the Quantum Realm as Darren Cross or Yellowjacket, but with his penchant for experimentation, his ruthlessness, and his time spent trying to survive the Quantum Realm, there is a possibility that Stoll could bring MODOK to live-action for the first time.

Another rumor comes in the form of Bill Murray’s potential casting as Marvel Comics character Krylar. The involvement of the planet K’ai in “The Incredible Hulk #156” from 1972 in which Dr. Bruce Banner visits the Micro-Verse saw the arrival of Krylar — the subservient scientist to the mad warlord, Visis. With Ant-Man and the Wasp often going micro themselves, and with much of the movie reportedly taking place in the Quantum Realm, it is possible that the MCU will introduce the miniature planet of K’ai and Krylar with his machine that can generate the physical embodiment of any person’s deepest fears.

Cassie Lang will reportedly don the famous Pym tech as another part of the Ant-Man ensemble. In Marvel Comics lore, Cassandra Lang has been both Stature and Stinger, with the former incarnation of the superpowered Lang being part of the Young Avengers team. Of course, the Young Avengers has been teased consistently throughout Marvel Phase Four with characters like Yelena Belova (Florence Pugh), Kate Bishop (Hailee Steinfeld), and Ms. Marvel (Iman Vellani), however, according to this tweet, it won’t be the Young Avengers that Ant-Man and the Wasp: Quantumania will setup, but could possibly pave the way for the introduction of the Fantastic Four.

Ant-Man and the Wasp: Quantumania Trailer

Is there an Ant-Man and the Wasp: Quantumania trailer?

Unfortunately, there is yet to be an Ant-Man and the Wasp: Quanumania trailer. All roads lead to the D23 Expo next month, which Kevin Feige teases will be big for Marvel announcements — even bigger, if at all possible, than the slew of content announced at San Diego Comic-Con 2022.

Are you looking forward to seeing Ant-Man and the Wasp: Quantumania? Let us know in the comments down below!

Comments Off on Everything We Know So Far About ‘Ant-Man and the Wasp: Quantumania’