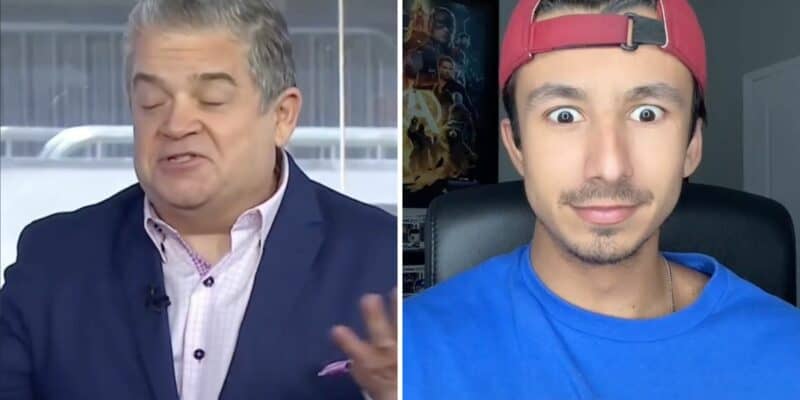 Marvel Studios had a big weekend during San Diego Comic-Con in late July 2022.

During the event, Marvel president Kevin Feige took the Hall H stage to announce some major projects set to be released over the course of a couple of years as a part of Marvel Cinematic Universe’s Phase 5. He even teased the future of the Avengers, sharing that two new films are set to release in 2025 to end Phase 6.

As for Phase 5, the projects confirmed were as follows:

Fans will notice that nowhere on that list is there a mention of a sequel to Chloé Zhao’s star-studded Eternals (2021), which teased its return in the end credits but has since not been mentioned by Marvel. That was until Patton Oswalt sat down for an interview with the TODAY Show.

In a TikTok shared by the show’s official account, Oswalt seemingly confirms Eternals 2 with Chloé Zhao returning as director.

Pip the Troll, aka Patton Oswalt was here to talk about #TheEternals and filming with #HarryStyles . #todayshow #3rdhourtoday

Pip the Troll, aka Patton Oswalt was here to talk about #TheEternals and filming with HarryStyles. #todayshow #3rdhourtoday

In the clip above, Oswalt had the following to say about whether he’d reprise his role as Pip the Troll in a second Eternals film.

“Harry Styles and I are in a little post-credit sequence in the Eternals. I play Pip the Troll and he plays Starfox, Thanos’ brother. They have announced there is going to be an Eternals sequel, Chloé Zhao is going to direct it. So hopefully there will be more adventures of Starfox and Pip.”

Fans were quick to notice the slip-up, as “protect Patton” videos began to circulate on social media. One TikToker quipped that Marvel president Feige was likely already tracking Oswalt down.

User @supes stitched the original interview video with a message for Oswalt:

“So is anyone going to tell him? Patton, we all remember Comic-con day bro. Marvel made a ton of awesome announcements, but Eternals 2 with Chloé Zhao returning was not one of them. Guys, I think Feige is coming after him as we speak.”

While it hasn’t been officially confirmed by Marvel, an Eternals sequel seems imminent based on the end credits of the first film and based on some recent trademarks filed by Marvel for future projects.

Here’s hoping if there is a sequel it ranks better than the first movie, as Marvel’s Eternals proved to be one of the worst box office earners in Marvel Cinematic Universe’s history.

What do you think about Eternals 2 directed once again by Chloé Zhao? Do you think the sequel can redeem its predecessor? Tell us in the comments!