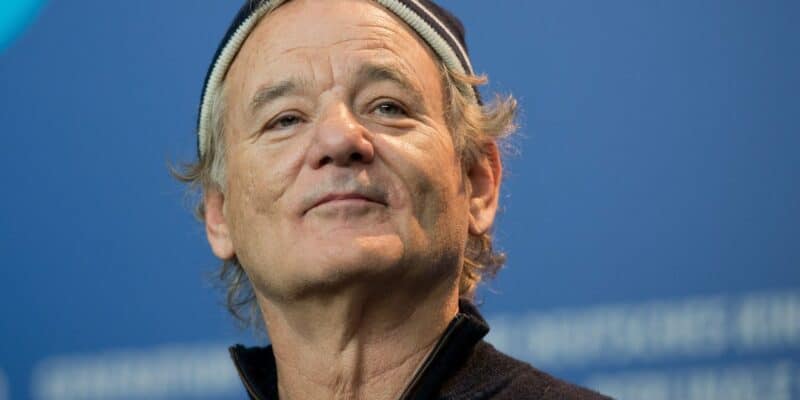 Recently, it was announced Searchlight Pictures had halted production on the upcoming movie Being Mortal (2023), and now, the reason has been revealed. Deadline has reported that the suspension is related to a complaint made against actor Bill Murray for “inappropriate behavior”.

The film is based on the non-fiction book “Being Mortal: Medicine and What Matters in the End” (2014) by surgeon Atul Gawande. It also stars Seth Rogen and Aziz Anzari, who is also writing and directing, although it has not yet been made clear who filed the complaint against Bill Murray.

However, Deadline’s report states that insiders on the set have confirmed that neither Aziz Anzari or Seth Rogen are related to the allegations. Exactly what those allegations entail, though, is also unknown. And as it’s an ongoing investigation, Searchlight Pictures has refused to comment.

This isn’t the first time Bill Murray has been at the heart of film set-related controversy. It is widely known that he did not get on with fellow actress Lucy Liu on the set of Charlie’s Angels (2000), and could be why he didn’t return for its sequel Charlie’s Angels: Full Throttle (2003).

In the movie, Lucy Liu plays one of the three “Angels”, Alex Munday, alongside her fellow Angels Drew Barrymore (Dylan Sanders) and Cameron Diaz (Natalie Cook). Bill Murray plays John Bosley, the liaison between the Angels and “Charlie”(voiced by John Forsythe).

In an interview with Deadline last year, Liu addressed the clash with Murray while on set, which revolved around a rehearsal on a scene which had been reworked without Murray’s knowledge. It is alleged that, having learned about the changes, the actor then hurled insults at Liu.

“I was, like, ‘Wow, he seems like he’s looking straight at me.’ Liu said in the interview with Deadline. “I couldn’t believe that [his comments] could be towards me, because what do I have to do with anything majorly important at that time? I say, ‘I’m so sorry. Are you talking to me?’—and clearly he was, because then it started to become a one-on-one communication.”

But more recently, he entered the Marvel Cinematic Universe, as he’s set to appear in the upcoming Ant-Man and the Wasp: Quantumania (2023), which will see him reunite with Paul Rudd (Scott Lang/Ant-Man), who plays Gary Grooberson in the 2021 Ghostbusters sequel.

Murray will be playing an undisclosed villain role in the movie, which is something many A-list actors seem to be doing nowadays, with Christian Bale as another example, who is set to appear in Thor: Love and Thunder (2022) as the Marvel villain Gorr the God Butcher.

As for the film he’s currently shooting, it’s unknown when production on Being Mortal will resume. The complaint was made last week, and investigations are now underway. So it’s unknown whether the production halt will affect the film’s scheduled 2023 release date.

Related: “Here Are My Thoughts,” Canceled Marvel Star Praises Being “Most Respected” in ‘Ant-Man 3’

Ant-Man and the Wasp: Quantumania, on the other hand, is still on track for its theatrical release on July 28, 2023

Are you a Bill Murray fan? Let us know in the comments below!