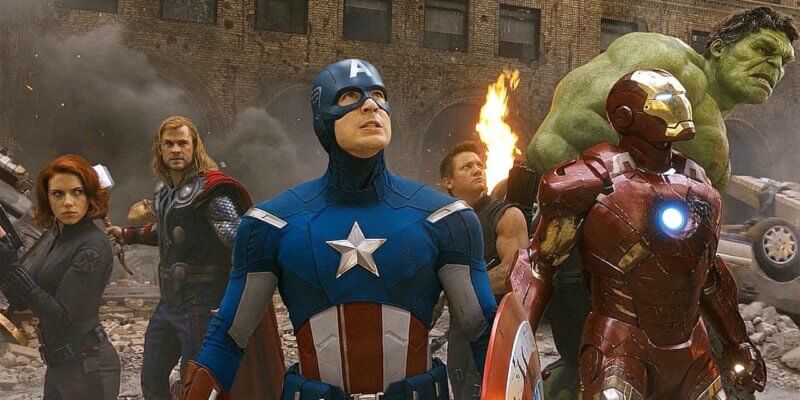 Soon, Phase Five will be here, with Avengers: Kang Dynasty (2025) and Avengers: Secret Wars (2025) arriving in 2025. It’s fair to say that we all have an idea as to who the new Avengers line-up will include, but let’s not forget the ones who started it all.

So here are all the original Earth’s Mightiest Heroes ranked from worst to best.

Though one of the best female heroes in the MCU, Natasha Romanoff/Black Widow (Scarlet Johansson) is the weakest of the Avengers, largely because she has no superpowers. Sure, neither does Clint Barton/Hawkeye (Jeremy Renner), but for reasons yet to be revealed, in this instance he has beaten his partner in crime!

Scarlet Johansson’s most stand-out performance in the Marvel Cinematic Universe is Avengers: Endgame (2019), in which she struggles to hold things together following Thanos’ Snap. As for her own solo movie Black Widow, sadly her own on-screen sister Yelena Belova (Florence Pugh) ends up stealing the show.

It’s not unreasonable to say that, despite generally being a great supporting character, Bruce Banner/The Incredible Hulk (Mark Ruffalo) is the most inconsistent Avenger of them all. While you might argue that this is due to character growth, we beg to differ, as Marvel hasn’t really left him alone since The Incredible Hulk (2008) — and not in a good way.

Not only did we go from Edward Norton to Mark Ruffalo after The Incredible Hulk, Thor: Ragnarok (2017) saw him become far too humanized (though still awesome in his own right). And in Avengers: Endgame he is “Smart Hulk”, something the Disney+ series She-Hulk: Attorney at Law (2022) has since made an absolute mockery out of.

Many Marvel will fans will probably consider it blasphemy to place Clint Barton/Hawkeye above the Hulk, but in terms of characterization, this excellent archer is far more compelling and interesting than the big green guy.

While Hawkeye was absent from Avengers: Infinity War, he does return in Avengers: Endgame, in which he has to watch his entire family turn to dust. His return in the film is nothing short of awesome, as during the Blip he has donned the deadly alias “Ronin”.

Steve Rogers/Captain America (Chris Evans) is the most noble of Earth’s Mightiest Heroes, and he also has the longest character arc of them all. We first meet Steve in the 1930s as he prepares to join World War II, but in the process ends up becoming Captain America.

To cut a very long story short, Steve ends up in the ice and wakes up in 2012, and it isn’t until 2022 (Avengers: Endgame) — after 10 years as Captain America — that he finally hangs up his shield, so that he can go back in time to be with his one true love, Peggy Carter (Hayley Atwell).

Captain America isn’t the only selfless Avenger, because lest we forget the ultimate sacrifice made by Tony Stark/Iron Man at the end of Avengers: Endgame (we still get choked up just thinking about it). But, of course, Stark wasn’t always Earth’s Mightiest Heroes-material.

While an incredibly brave superhero nonetheless, Tony Stark is narcissistic and self-destructive, as seen in Iron Man (2008), Iron Man 2, and Iron Man 3 (2013). But like Steve Rogers, he goes through a major character arc by the time he snaps those fingers in Avengers: Endgame.

Thor (Chris Hemsworth) is yet another Avenger who has had quite a journey since we first met him in his own solo movie. Thor (2011) finds the titular God of Thunder as an arrogant and entitled heir to the Asgardian throne, however, a smidgeon of humility ends up making a huge difference.

In Thor: Ragnarok, Chris Hemsworth gets a major makeover (so does the entire Thor series). But the battle-hungry god doesn’t truly shine until Avengers: Infinity War, in which his pride gets the better of him, and again in Avengers: Endgame, where he is a broken man suffering from PTSD. Thor is also the most hilarious of all the original Avengers.

How would you rank the original Avengers? Let us know in the comments down below!