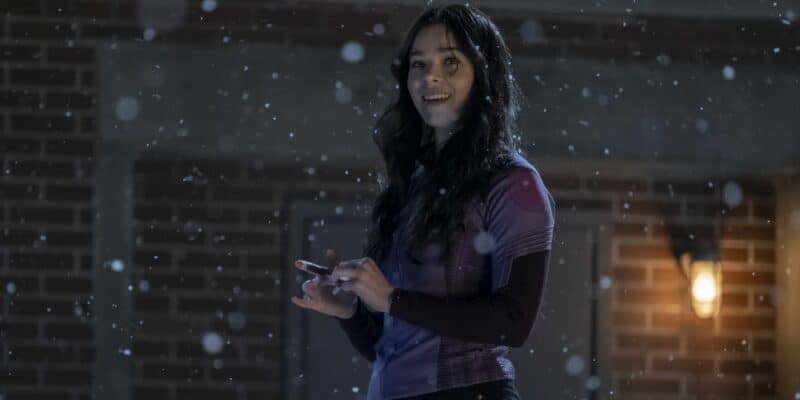 After the end of Hawkeye Season 1, fans wondered if that would be the last time they would get to see Jeremy Renner’s Clint Barton/Hawkeye. Now fans might get to see Hailee Steinfeld’s Kate Bishop work alongside Barton once more for another season.

Fans began speculating that the series wouldn’t get another season after Disney placed Hawkeye in the limited series category. Steinfeld was reported to be in a lot more projects in the MCU soon so Hawkeye Season 2 does make sense, but it’s definitely an unexpected surprise if the reports are true.

The news for the second season came from an insider, Daniel Richtman (@DanielRPK) with Marvel Crave spreading the word online:

Another season of #Hawkeye may be in development. (Source: DanielRPK)

Another season of #Hawkeye may be in development.

Alaqua Cox’s Echo will be released next year and fans didn’t know if Steinfeld or Renner would appear in that series. For the moment, fans do know that Echo will include Charlie Cox’s Daredevil and Vincent D’Onofrio’s Wilson Fisk so fans should be excited for the upcoming MCU series regardless if any archer shows up.

Having a second season of Hawkeye doesn’t feel necessary as the story felt complete as Kate Bishop’s journey to being a hero was told and Barton just wants to be his family. Some concerns for a second season would be that Hawkeye has to keep his family safe for another season which wouldn’t be entertaining to watch.

Hopefully, Marvel has a plan and perhaps has found a way to keep both Hawkeyes around without treading old ground just because the series did well. While other series didn’t feel as connected to the MCU, Hawkeye was one of the few series to connect and expand the MCU in small meaningful ways which were cool to see.

Here’s an official description of the six-episode Marvel series:

Former Avenger Clint Barton has a seemingly simple mission: get back to his family for Christmas. Possible? Maybe with the help of Kate Bishop, a 22-year-old archer with dreams of becoming a Super Hero. The two are forced to work together when a presence from Barton’s past threatens to derail far more than the festive spirit.