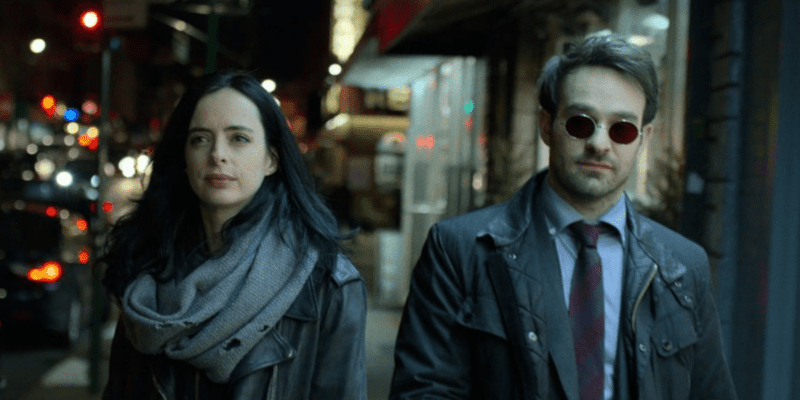 The Marvel Cinematic Universe is expanding into Phase Five, and the Marvel collection is booming with new characters. Now, with the addition of Charlie Cox and Vincent D’Onofrio to Echo, Krysten Ritter’s Jessica Jones is reportedly joining the fun.

With the addition of the entire Defenders franchise on Disney+ (previously found on Netflix), the exclusivity of Hell’s Kitchen has bled into the MCU, with Matt Murdock (Charlie Cox) making the landmark cameo in Spider-Man: No Way Home (2021) alongside Peter Parker (Tom Holland).

Now, with Daredevil and Wilson Fisk/Kingpin (Vincent D’Onofrio) joining the upcoming Marvel series Echo (debuting in 2023), a new report suggests that Matt Murdock will be “looking for Jessica Jones”:

‘ECHO’ will include a plotline where Daredevil is searching out a former ally, which will reportedly be Jessica Jones.

‘ECHO’ will include a plotline where Daredevil is searching out a former ally, which will reportedly be Jessica Jones.

Krysten Ritter is a Marvel fan favorite, and the actress has recently made numerous social media posts that reportedly allude to her return as neo-noir private investigator Jessica Jones.

Undoubtely one of the better Marvel series to date, Jessica Jones has joined the pool of Daredevil and The Punisher fans calling for the continuation of the Defenders franchise.

Marvel’s New York has been tossed into a bag of fun, and Kevin Feige is shaking it all up with the cornerstones of Daredevil making its way into Echo.

Undoubtely pulling a Mandalorian moment in The Book of Boba Fett, including Daredevil, Kingpin, and Jessica Jones, would turn the Hawkeye spinoff into a Defenders season two or Daredevil season 3.5!

Cox is returning for Daredevil season four, which is currently in pre-production at Marvel Studios.

Do you think Jessica Jones will appear in Echo? Comment below!