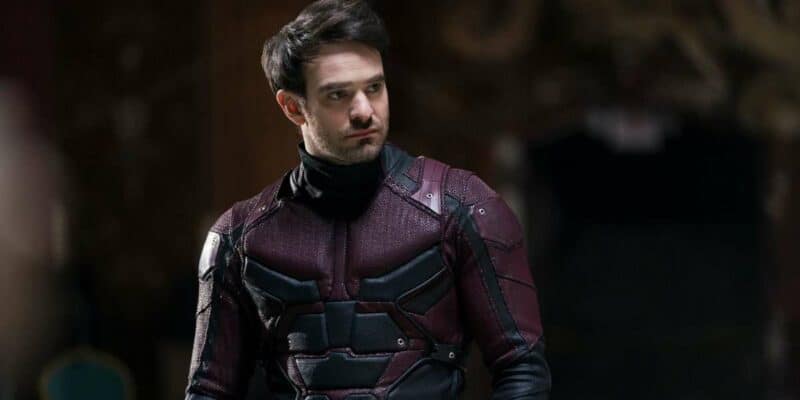 The upcoming Marvel series Echo on Disney+ is reviving the Daredevil and Defenders franchise, with both Wilson Fisk and Matt Murdock appearing in the show. Now, reports confirm that the classic Daredevil is finally returning, smashing rumors of  a huge character change.

Charlie Cox is officially back at Hell’s Kitchen attorney Matt Murdock and masked Vigilante Daredevil. Undoubtedly one of the greatest Marvel projects to date, Daredevil continues to prove itself as being lightyears ahead of its time. With virtually every Marvel fan wanting more of Murdock after his brief cameo in Spider-Man: No Way Home (2021), viewers were thrilled to learn that the superhero is set to make appearances in She-Hulk and Echo.

But, Daredevil was reportedly going to look a whole lot different. In fact, his iconic suit from the Netflix series was set to turn yellow.

Going back to the character’s Marvel inception, rumors circulated that Daredevil could be sporting his original yellow “D” suit. While it’s still possible that fans see this suit in She-Hulk, new reports suggest that the iconic red and black suit is coming back for Echo:

RUMOR: #Daredevil will reportedly be wearing a red & black costume in the #Echo series!

With all rumors, please take the above information with a grain of salt. Nonetheless, it’s worth noting that fans would be head over heels to see their iconic Daredevil back in full force in the MCU.

With Wilson Fisk/Kingpin (Vincent D’Onofrio) having a significant role in Echo, Daredevil needs to be looking his best. No other suit seems right on Charlie Cox other than his iconic red and black armor (as well as his iconic all-black garb).

Nonetheless, with the Weekly Planet reporting that Daredevil could potentially appear in three episodes of Echo, Marvel fans would flock to the upcoming series in huge numbers:

“Yep, Daredevil is in it for three episodes, as in Charlie Cox. Kingpin, Vinnie D’Onofrio is in four. The Kingpin storyline is building up to him running for mayor of New York City. Apparently, he’s going to be wearing an eye patch because he was shot in the head in Hawkeye… Daredevil is also going to be rocking a red and black suit and is looking for Jessica Jones.”

With Echo reportedly beginning production in May 2022, Marvel fans can look forward to this series joining the Marvel collection on Disney+ sometime in 2023.

Now, Cox is returning for Daredevil season four, which is currently in pre-production at Marvel Studios.