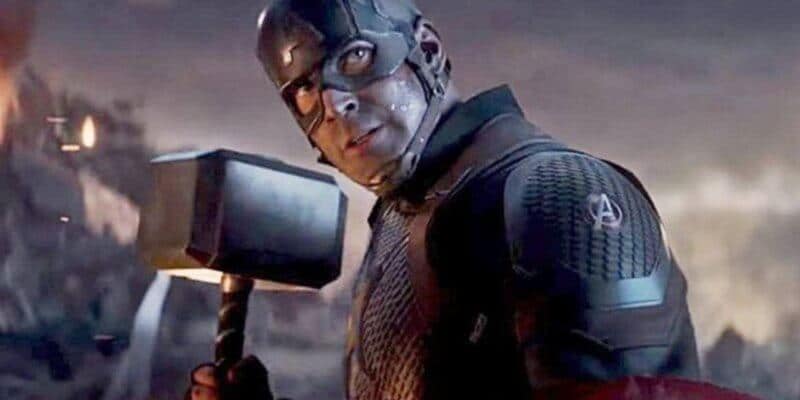 Chris Evans has shared recent what it would take to bring him back into the role, but his friends are already concerned that the actor has already left Captain America behind.

Now the mantle of Captain America has been passed onto Anthony Mackie’s Sam Wilson/Falcon which led to Falcon and the Winter Soldier exploring what it would look like for a black man to be Captain America. Marvel also surprised fans by using the multiverse to show fans that in another universe, Steve Rogers doesn’t get the supersoldier serum instead, Hayley Atwell’s Peggy Carter gets to become the iconic super hero.

Related: “I’ve Got More to Do”, New Captain America Opens Up About Eventual Return

Now, fans are hoping for Captain America to return, but Evans admits in an interview that Marvel could possibly convince him to return. In another interview, the actor shares that he hasn’t had to work out as much and has actually lost some weight leaving his friends and family to be concerned:

“Literal weight off, I’ve shed like 15 pounds. Every time people see me they’re like ‘Are you okay, you lost a little bit of weight.’ Um, yeah, I haven’t had to hit the gym as hard.”

Since Evans isn’t required to be involved in another MCU project, it makes sense that the actor isn’t keeping his Captain America physique. If Captain America was to return to the MCU currently, he could play his older self as seen in Endgame which wouldn’t require him to have a lot of muscle, but if Marvel wanted the actor to come back as a variant of Steve Rogers, fans should know as Evans would have to hit the gym hard to get back to what he looked like in the movies.

It’s possible that Evans could already have played a role in Secret Invasion as the series will be set in between Avengers: Infinity War (2018) and Endgame meaning that Cap would still be around helping save what’s left of the world.

Do you think Chris Evans will return to the MCU to play Captain America?