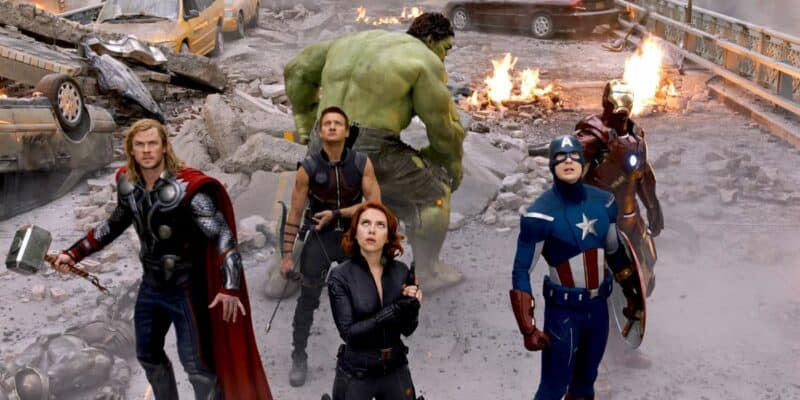 Ms. Marvel has already hinted at the Young Avengers forming up soon, but the series might also make it a reality.

Iman Vellani’s Kamala Khan/Ms. Marvel is Marvel’s newest super hero and she is definitely nowhere close to having her powers under control. The new series does take a lot of inspiration from Tom Holland’s Spider-Man movies for how a young super hero would try to balance saving the day and also having a normal life.

The first episode, Generation Why allows fans to get to see AvengersCon which had merchandise for the Guardians of the Galaxy despite their brief moment on Earth and giving Paul Rudd’s Ant-Man the love he deserves.  When the credits started to roll, one source was quick to spot a mistake that could spoil the return of a certain super hero to the MCU.

The credits list a make-up person for Ms. Steinfeld leaving fans to believe that Hailee Steinfeld could be in the series. The same person, Chris Milone is also listed for Hawkeye meaning that it’s harder to believe that Marvel is referring to another actress with the last name Steinfeld. On top of this, the Makeup Department Head credits are the same people from Hawkeye leaving fans to wonder if this is a mistake.

It’s possible that Marvel accidentally placed the group in the credits and didn’t mean to leave fans believing in a cameo that’s not coming or the credits were listed for the wrong episode meaning that Haile Steinfeld’s return to the Marvel Cinematic Universe is very soon.

Steinfeld’s Kate Bishop/Hawkeye would be near Kamala and since Damage Control will be coming after her, it’s very possible that she could come to the rescue. Technically, Holland’s Peter Parker/Spider-Man is also nearby, but it’s unlikely that Marvel would bring in Holland since they would need Sony’s approval.

Kate Bishop would work well with Kamala as she is a massive fangirl over the MCU’s super heroes and probably wouldn’t know anything about her which would be entertaining to watch. This could be a very exciting cameo for the series, but it’s hard to know what type of mistake Marvel made so fans will have to wait and hope that Steinfeld will appear.

Do you think Hailee Steinfeld will return as Kate Bishop/Hawkeye in Ms. Marvel?