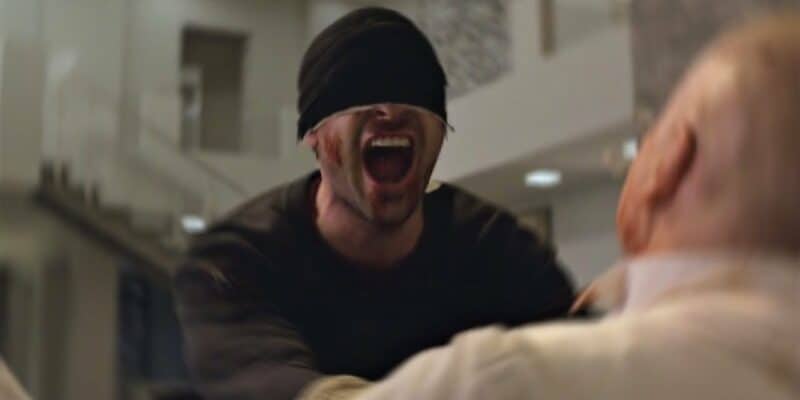 Sana Amanat believes that the new Daredevil series will take the character in a new direction and fans might not like it.

Related: Not Everyone Is Happy About “Bittersweet” ‘Daredevil’ Reboot

A few weeks ago, fans got to learn that a new Daredevil series is in the works with Charlie Cox set to return. While fans already knew that Cox was reported to be in several Marvel projects, there was no word on if the character would get his own show. After having Cox make his MCU debut in Spider-Man: No Way Home (2021), fans were hoping that Marvel would give the hero his own series on Disney+ and fans finally had their wish come true.

Amanat is the producer of the upcoming Ms. Marvel series and also the Director of Content and Character Development at Marvel Comics. She sat down to talk to Murphy’s Multiverse and responded that she felt like Marvel could easily do a less dark version of Daredevil just like Mark Waid’s run with the character.

She also discussed how Marvel likes to “take risks” which is why doing an adaptation of the Mark Waid run would be a great solution for how to bring Daredevil into the MCU:

“I don’t see why not! Mark Waid’s run was pretty seminal. We’ve never seen that kind of story and I love the spin on that and it was such an unexpected take on the character. In the same way, I wouldn’t be surprised if they did something like that in the MCU. Why not? We like to take risks and this is the fun part of exploring multiple stories. So maybe.”

After seeing Oscar Isaac’s Moon Knight, it seems that Marvel is still too hesitant to make grittier shows like the Marvel Netflix shows. Since Daredevil is very popular with Marvel fans, it seems Marvel’s idea of taking a risk is that they will change the tone of the series so that more people would watch it.

In the process, Marvel would upset fans since it would feel like the MCU is just ditching the best qualities of Daredevil in order to fit in the MCU. While Marvel has the resources to create more mature content, it seems that they won’t do a very violent show without hiding all of the action.

This is a disappointing fact for the MCU as it feels like Marvel won’t create more content for the people who have grown tired of the same formulaic super hero story anymore. This is why fans are scared to see The Punisher in the MCU because Jon Bernthal’s portrayal of the character is great, but the character would be ruined if brought into the MCU right now.

Do you think MCU’s Daredevil will be very different from the Netflix series?