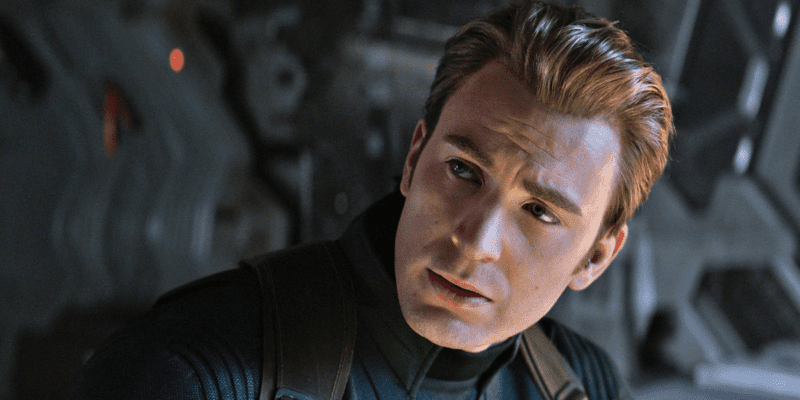 The Marvel Cinematic Universe isn’t the same without Robert Downey, Jr., Scarlett Johansson, and Chris Evans. Without some of the founding figures in new Marvel movies, some fans feel lost. But, now, Chris Evan has alluded to what it would take to return as Captain America.

Is it time for Chris Evans to return as Steve Rogers/Captain America in the Marvel collection? Could he appear as a variant of Steve Rogers, like the one in Marvel’s What If…? animated series? Time will only tell.

Every Marvel fan thinks about Chris Evans returning to his Captain America role, but with Anthony Mackie taking over the title in The Falcon and the Winter Soldier, there might not be space for Evans.

But, that isn’t stopping the Lightyear (2022) star from sharing his thoughts on what it’d take to become America’s number one man again:

Chris Evans on if he would return as Captain America — “It would have to be perfect… That role means so much to me. So, to revisit it, it would be a tall order.”

Chris Evans on if he would return as Captain America — “It would have to be perfect… That role means so much to me. So, to revisit it, it would be a tall order.”

Chris Evans is Captain America; it’s as simple as that. No other face will ever be able to replace his iconic figure, much like there is no actor to become the new Tony Stark/Iron Man:

"It would be a tall order." #Lightyear pic.twitter.com/Dte51jZ8ez

The MCU doesn’t feel the same without the core six Avengers, but that’s all by design. With new heroes like Moon Knight (Oscar Isaac), Kate Bishop (Hailee Steinfeld), and Ms. Marvel (Iman Vellani) coming into play, it’s clear that Marvel Studios and Kevin Feige are designing the next era of Marvel heroes and villains to fill the lives of new and classic fans alike.