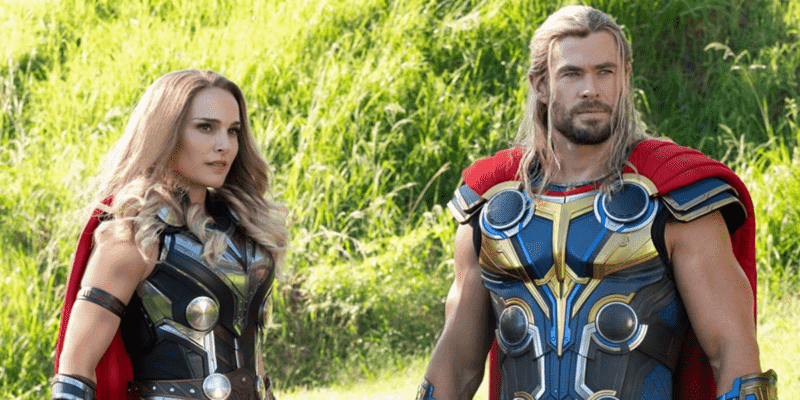 Despite having grossed over $760 million worldwide and becoming the sixth highest-grossing film of the year, Thor: Love and Thunder (2022) didn’t exactly go down too well with fans and critics, with many feeling that director Taika Waititi takes the comedy too far.

But regardless of whether or not you like the film, it should be commended for creating one of the best female superheroes in the Marvel Cinematic Universe, in Jane Foster/Mighty Thor, played by Natalie Portman, who previously appeared in Thor (2011) and Thor: The Dark World (2013).

So here are five reasons why Jane Foster rocks as the “Goddess of Lightning” in Thor: Love and Thunder!

5. She Has a Compelling Origin Story

If there’s one thing that gives a superhero some serious gravitas, it’s a compelling origin story. Throw some tragedy and pending doom in there too, and you have a solid character. Enter Jane Foster, who we last saw in Avengers: Endgame (2019) in a cameo so brief that many fans were left wondering if she would ever make a proper comeback in the MCU!

But what a comeback she makes in Thor: Love and Thunder as Mighty Thor, with Mjolnir heralding her first appearance during a battle in New Asgard. But it’s not all fun and games for Jane Foster, as we quickly learn that the reason she has been imbued with the powers of a goddess by Thor’s trusted hammer is because she is terminally ill with Stage 4 Cancer.

4. She Has a Lot of Humanity

There’s no good having a superhero, whether male or female, if they’re going to have about as much humanity as Ultron (James Spader). While Jennifer Walters/She-Hulk (Tatiana Maslany) is undoubtedly going to be a role model for some, if there’s one thing she’s lacking besides humility, it’s humanity, or at least the visible bare bones of compassion.

That’s not to say she has none — the writers simply haven’t really allowed us to see that more human side of her. Jane Foster, however, despite being a hammer-wielding goddess, is as human as they come. While we see the more fantastical side of her in battle, during the Jane Foster-only scenes, we see that she’s just a frightened and vulnerable human being.

After the trailer for Thor: Love and Thunder premiered, many fans wondered if Natalie Portman had undergone a physical transformation to become Mighty Thor, or if it was nothing more than movie magic. Well, wonder no more, because digital effects were only used to enhance her height while in the armor — the rest was the result of a rigorous workout routine!

But she doesn’t just look imposing — she also rocks her new superhero outfit, and looks a lot better with Mjolinir in her hand than Chris Hemsworth does (though he still looks utterly fantastic, of course). Portman even looks convincing in battle, and there are many shots of her throughout the film that deserve to be framed and put up on the wall!

Natalie Portman is no stranger to jokes (check out her two rap songs with Saturday Night Live), but Thor: Love and Thunder finally allows her to flex her humorous muscles as well her actual muscles. Her back-and-forth with Thor is on point, but it’s really those hilarious flashbacks which show the breakdown of their relationship in which she truly shines!

And then there are the one-liners. Jane Foster might be rocking it as Mighty Thor, but she’s yet to perfect her one-liners. However, during the third act-battle against Gorr the God Butcher (Christian Bale), she delivers the line “Eat. My. Hammer” perfectly. Ultimately, though, it’s her awkward reunion and conversation with Thor that gives us the chuckles.

1. Her Story Is Short and Sweet

While many fans and critics hate Thor: Love and Thunder, the film is not without some strong points. One of them is the fact that Jane Foster’s storyline is very short-lived. On initial viewing, this might be both surprising and disappointing, but it actually gives the character a more meaningful arc than we’re actually used to seeing in the MCU lately.

Sadly, Jane Foster dies in the end, as her powers are ultimately no match for the hold the cancer has on her human body. But, in a post-credits scene, we see that her soul has deservedly ascended to Valhalla, where she’s reunited with Heimdall (Idris Elba). Jane Foster’s short but (bitter) sweet journey means that she’ll have a longer-lasting impact on fans.

What do you think of Mighty Thor? Let us know in the comments down below!