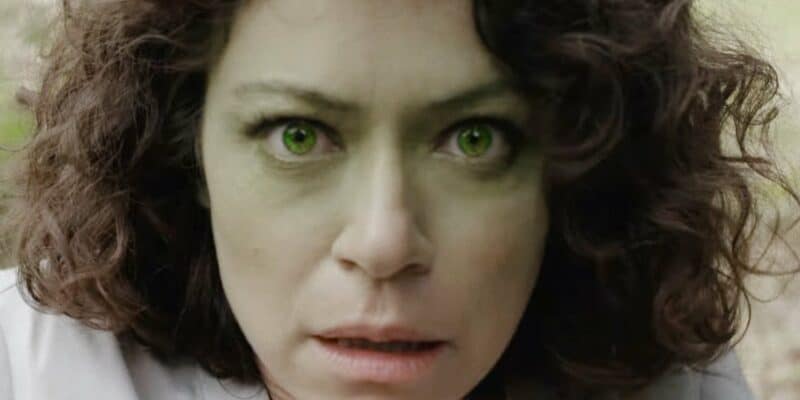 She-Hulk: Attorney at Law (2022) is the most poorly-received television series from the Marvel Cinematic Universe to date. Simply put, fans aren’t having any of it, whether it’s the poor writing, the weak characterization, the lack of direction, or the unnatural fourth-wall dialogue.

There are a few positives, though, with Patty Guggenheim’s hilarious character Maddisyn (that’s two “N”s and one “Y”, but it’s not where you think!) and Wong (Benedict Wong) being among them. In fact, many fans are even calling for them to pair up for their own spin-off!

And as for She-Hulk’s CGI, sure, it’s not great, but we’ve seen a lot worse, and the design itself is decent enough. But overall, She-Hulk: Attorney at Law feels like a sort of Ally McBeal (1997) wannabe, yet is nowhere near as witty or as smart or as sassy as it thinks it is.

Off the screen, it would seem that anyone who dares to criticize the show is labelled misogynistic, which echoes Paul Feig’s reboot Ghostbusters: Answer the Call (2016). In other words, fans who were critical of that movie’s many problems were lumped in with all the genuine trolls.

So, as She-Hulk: Attorney at Law continues to disappoint many Marvel fans, we’ve decided to scour the MCU for another green female superhero, and as you might expect, we didn’t have to look very far! We are, of course, referring to Zoe Saldaña’s Gamora.

Gamora is better than Jennifer Walter/She-Hulk in every way — or, to quote the latter character, “infinitely better”. Best known for the Guardians of the Galaxy movies, the former Zen-Whoberis assassin became an instant hit with fans. Now, let’s find out why.

Here are five ways Gamora is better than She-Hulk…

5. She Looks Great In Green

Why in the world would Marvel opt to create a poor CG character when they already have someone in the Marvel Cinematic Universe who’s head to toe in green body paint? Couldn’t they have just sourced a taller actress than Tatiana Maslany, or used force perspective like the filmmakers did with Robbie Coltrane as Hagrid in the Harry Potter movies?

By now, you probably know where we’re going with this. Yes, Gamora looks “infinitely better” in green than Jennifer Walters does as She-Hulk. But before we see her return for Guardians of the Galaxy Vol. 3 (2023), Zoe Saldaña will be turning blue, as she will be reprising her role as the female Na’vi Neytiri in this year’s long-awaited sequel Avatar: The Way of Water (2022).

Watching She-Hulk: Attorney at Law desperately try to make Jennifer Walters/She-Hulk funny is painful, whether it’s her cringe-inducing wedding dance, or twerking with Megan Thee Stallion. So, Gamora wins out in this category too, and the fact that she was first introduced in what is essentially a comedy space opera (2014’s Guardians of the Galaxy) definitely helps.

While a formidable opponent in battle, Gamora also provides some funny moments in both Guardians of the Galaxy installments (not so much in the far more brooding Avengers: Infinity War and Avengers: Endgame). Her sassy, irritable, and painfully-honest back-and-forth with Peter Quill/Star-Lord (Chris Pratt) and Drax the Destroyer (Dave Bautista) makes her as funny as she is deadly.

3. She Has a Tragic Life

Jennifer Walters/She-Hulk might just be one of the worst characters in the entire MCU. It seems the showrunners were far more concerned with creating a quirky, insufferable, and arrogant protagonist than they were with giving viewers a compelling character they could easily get behind. There aren’t even any real obstacles in her way, as everything just feels so easy for her.

Enter Gamora. Orphaned and raised by Thanos (Josh Brolin), and then forced to watch her sister Nebula (Karen Gillan) get tortured by him throughout her life. Now there’s a character you instantly empathize with and want to know more about. But don’t get us started on her tragic fate in Avengers: Infinity War (2018), because we still haven’t quite come to terms with it!

The scene from She-Hulk: Attorney at Law, in which Jennifer Walters tells Bruce Banner/Hulk (Mark Ruffalo) that she’s “infinitely better” at controlling her anger than he is quickly became an Internet meme, and rightly so. The ironic thing is that she begins to lose her temper while explaining this, but the most frustrating part is the total disrespect shown to Bruce.

Bruce Banner has led a tragic life — he became a monster, was hunted by the government, lost the love of his life (Betty Ross), and got stuck on an alien world. Somehow, though, he always overcomes his anger to save the day. And then there’s Gamora, who for years had to endure Thanos as a father, all the while keeping her cool (although there’s no way she could avoid turning green).

1. She Doesn’t Think She’s Better Than Everyone

And herein lies the biggest problem with Jennifer Walters — she thinks she’s better than everyone. While she is indeed surrounded by toxic male figures, they’ve only been thrown into the show for cheap gags, rather than as a result of solid writing that has something smart or meaningful to say. And she’s not only “better” than her cousin Bruce, she’s also too good to be an Avenger, apparently.

While explaining why she doesn’t want to be an Avenger, She-Hulk tells a co-worker that Earth’s Mightiest Heroes are all “billionaires”, “narcissists”, and “adult orphans”. Once again, it shows a total lack of respect for people who gave their lives to save the universe. Gamora, on the other hand, evidently works very well with others, and is also one of those people who saved the universe that time.

Do you prefer Gamora to She-Hulk? Let us know in the comments down below!