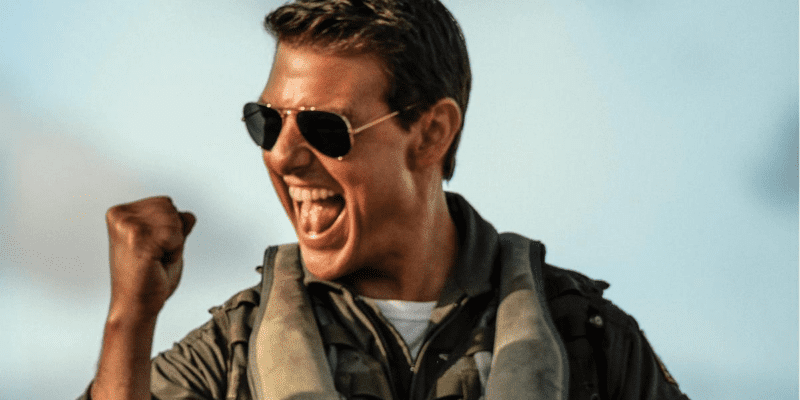 Needless to say, future blockbusters have some solid competition standing in their way, with most eyes likely set on the highly-anticipated Avatar: The Way of Water (2022), which will finally makes its way into theaters on December 16 this year. After all, the original Avatar (2009) remains the highest-grossing movie of all time, having grossed $2.8 billion worldwide.

Sitting just beneath Avatar, however, is Avengers: Endgame (2019), and at fourth place is Avengers: Infinity War (2018). While Top Gun: Maverick has greater heights to reach before it overtakes these movies at the global box office, domestically it’s a very different story, as it’s coming close to wiping the floor with one of the biggest Marvel Cinematic Universe entries ever.

Currently, the US and Canada box office rankings above Avengers: Infinity War are, in order from the top downwards, as follows:

Black Panther grossed $700,059,566 domestically, so it’s entirely possible that when Top Gun: Maverick is done with Avengers: Infinity War, it will also overtake this MCU entry.

As per the official website, here’s the synopsis for Top Gun: Maverick:

After more than thirty years of service as one of the Navy’s top aviators, Pete ‘Maverick’ Mitchell (Tom Cruise) is where he belongs, pushing the envelope as a courageous test pilot and dodging the advancement in rank that would ground him. When he finds himself training a detachment of Top Gun graduates for a specialized mission the likes of which no living pilot has ever seen, Maverick encounters Lt. Bradley Bradshaw (Miles Teller), call sign: ‘Rooster,’ the son of Maverick’s late friend and Radar Intercept Officer Lt. Nick Bradshaw, aka ‘Goose.’

Facing an uncertain future confronting the ghosts of his past, Maverick is drawn into a confrontation with his own deepest fears, culminating in a mission that demands the ultimate sacrifice from those who will be chosen to fly it.

Marvel has faced some major threats at the box office this year. While Doctor Strange in the Multiverse of Madness (2022) and Thor: Love and Thunder (2022) currently sit at third and fifth place at the global box office, respectively, they’ve proven to be no match for Top Gun: Maverick and Jurassic World Dominion (2022), both of which have taken the domestic and global box office by storm (2022).

Perhaps, as many cinemagoers are beginning to speculate, given the state of Warner Bros.’ DC universe and the slow but steady decline of the Marvel Cinematic Universe, the superhero era really is coming to an end.

Or maybe audiences are simply feeling the need for more speed…

Do you think Top Gun: Maverick will thrash Avengers: Infinity War? Let us know in the comments down below!

Comments Off on This Year’s Biggest Blockbuster Is About to De-Throne ‘Avengers: Infinity War’