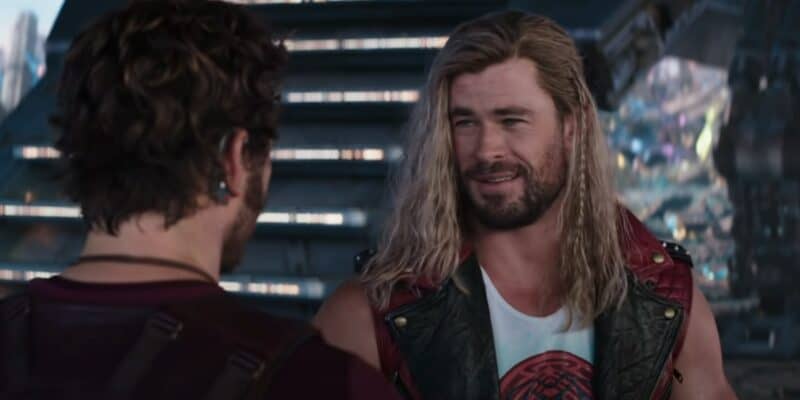 Thor: Love and Thunder (2022) may be one of Marvel Studios’ most-poorly reviewed films to date, but that hasn’t stopped director Taika Waititi’s follow-up to his highly-acclaimed Thor: Ragnarok (2017) from hitting $700 million worldwide and topping the Thor franchise as the most commercially successful.

However, the cancelation of the movie’s release in various territories, notably China, has left the Marvel Cinematic Universe movie out of potentially millions. With The Walt Disney Company pulling the release of the fourth Thor installment from Malaysia just last month, it has now been made clear why the movie was not allowed to be distributed.

Waititi’s second outing at the helm of a Thor feature film was much-anticipated. Not just for the director’s trademark comedy and all-around goofy reboot of Thor Odinson, played by a very capable and dynamic Chris Hemsworth, but the return of Natalie Portman as Dr. Jane Foster/Mighty Thor, and the debut of Gorr the God Butcher (Christian Bale) and Zeus (Russell Crowe).

Thor: Love and Thunder caught audiences up on Thor’s adventures with the Guardians of the Galaxy post-Avengers: Endgame (2019), before drawing the Asgardian into a plot surrounding the universe-wide attacks on Gods and teaming him up once more with King of New Asgard, King Valkyrie (Tessa Thompson), Portman’s Mighty Thor, and Waititi’s Korg.

While not explicitly leaning into portraying LGBTQ+ characters in the way Chloé Zhao’s Eternals (2021) did, Thor: Love and Thunder did explore the romantic nature of both Thompson’s Valkyrie and the male/male Kronan baby-making ritual described and performed by Korg. The involvement of LGBTQ+ content has seen Thor: Love and Thunder, like other Marvel Comics-inspired MCU projects, shut out of multiple territories including China, Kuwait, and Malaysia.

Movie theaters in Malaysia previously gave updates on the situation of Thor 4’s release, and the LPF’s (Malaysia’s movie distribution authority) reported stance on the situation. Now an answer has been given by the country’s Deputy Communications and Multimedia Minister Zahidi Zainul Abidin. They said (via Variety):

Recently there was a film that did not pass censorship, that is the new ‘Thor’ film. [The movie] touched on LGBT but we see right now there are many films with LGBT elements that slip past the censorship.”

Zahidi said that government and the religious department (correctly known as Islamic Affairs Department or JAKIM), were committed to curtailing the spread of LGBT culture in the country. He blamed foreign elements for the problem, claimed that LGBT films were becoming more subtle in their methods and asked for public vigilance.

He added that the government was always engaged in monitoring movie and social media platforms for LGBTQ+ content, saying they “would take severe action against individuals found promoting such elements.”

Malaysia’s federal penal code criminalizes consensual all same-sex relations. Those found guilty face a prison sentence of up to 20 years and mandatory whipping.

Likewise, Disney and Pixar Animation Studios, Lightyear (2022), also suffered a non-release in many territories for the inclusion of a same-sex couple in one of the scenes of the Toy Story franchise spinoff. While it is a financial hit for The Walt Disney Company, the Mouse House’s stance on not altering content to fit another country’s politics is a commendable action.