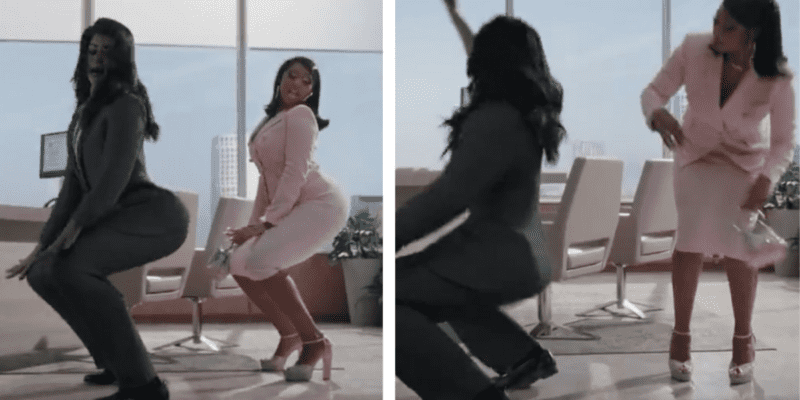 Earlier this week, we reported that Megan Thee Stallion would officially join the Marvel Cinematic Universe in episode three of She-Hulk: Attorney at Law, streaming exclusively on Disney+.

The third episode premiered on Thursday, and fans were delighted to find Jennifer Walters (Tatiana Maslany) is such a big Megan Thee Stallion fan! So how, exactly, does an American rap icon fit into the MCU?

Well, Dennis Bukowski (Drew Matthews), Walters’ former colleague at the District Attorney’s Office, sues an Asgardian shapeshifter after she tricks him into dating her by transforming into Megan Thee Stallion.

Head writer Jessica Gao told Variety they ultimately chose Megan after writing a massive list of celebrities that would fit the jokes they wanted to make in She-Hulk: Attorney at Law. Director and executive producer Kat Coiro told Variety that Jameela Jamil, who plays the villain Titania, suggested Megan after they worked together on HBO’s Legendary.

“She’s a really powerful, larger-than-life person, and we love the idea of She-Hulk looking up to her,” Coiro said.

Related: Who Is Ms. Marvel? An Introduction to Kamala Khan

Maslany said she “probably was pretty close to tears with excitement” when she learned about Megan’s cameo. “I’m such a big fan of hers,” she told Variety. “When Jess was like, ‘We’re writing you a scene where you’re dancing with her,’ I basically died. Like, I fell off the planet. I fixated on that moment for two weeks, and I couldn’t talk to her. I didn’t know how to be around her.”

While the rap star has very little screen time in the episode, the post-credits scene features Megan and She-Hulk dancing to her hit song, “Body.” @cleoofffilm shared the clip on Twitter:

which cgi artist was prevented from seeing their family in order to work on this?

which cgi artist was prevented from seeing their family in order to work on this? pic.twitter.com/CxQnYd861N

The pair dancing together reportedly wasn’t choreographed – producers played the song and let the pair dance naturally. Corio said while CGI altered She-Hulk’s size and green skin, the twerking skills were “all Tatiana.”

Related: Marvel Comics Writer is “Sick to His Stomach” After Seeing MCU Success

“As soon as the song played, you just have to go. I’ve been prepping for that my whole life,” Maslany told Variety.

Megan Thee Stallion had a simple message for Marvel fans after the episode premiered:

What did you think of Megan Thee Stallion’s cameo in She-Hulk: Attorney at Law?