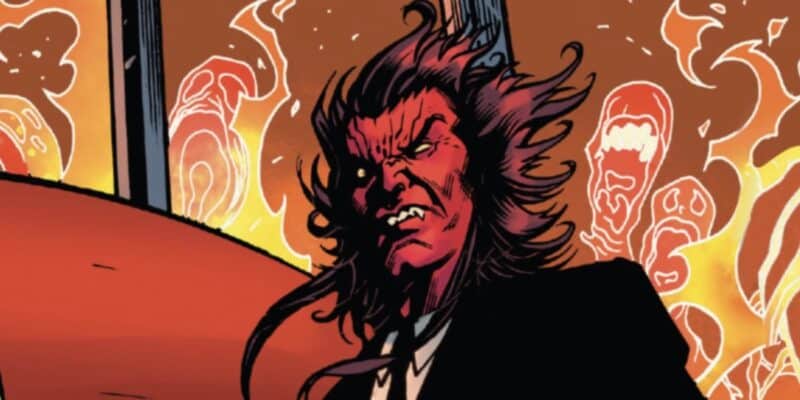 Marvel’s Ironheart is the next series set to premiere on Disney+, but while Sacha Baron Cohen is rumored to star as the infamous Mephisto, a better and more received casting choice might be lurking right under Disney’s nose.

Sacha Baron Cohen is a phenomenal actor, responsible for portraying several iconic roles such as Borat and Madagascar’s King Julien, and he’s recently been rumored to assume the role of the MCU’s devil, Mephisto. While this would undoubtedly be a great casting choice, it might be more beneficial for Disney, Marvel, and their fans to consider Johnny Depp for the role of Ironheart’s villain. While it might be difficult given the studio’s recent dismissal of Depp from the Pirates of the Caribbean franchise, Robert Downey Jr. supposedly conversing with him concerning a role in the MCU could induct Depp into the series if the rumors are true.

Casting Johnny Depp as anything in the MCU would send fans into a delighted frenzy, but why Mephisto specifically? Simply put, the scarlet terror is a villain that would not only brilliantly induct Depp into the realm of gods, mutants, and more, but truly flex the actor’s range. Mephisto is a sinister shapeshifter, a master manipulator, and a being of absolute chaos. Playing him would truly be a testament to Johnny Depp’s talents. While Sacha Baron Cohen definitely has the ability to portray the character well, Depp could explore the shifting, serpentine nature of the character’s multiple facets.

Johnny Depp is one of the most chameleon-like actors in Hollywood, able to melt seamlessly into any role. Additionally, Mephisto would undoubtedly require some heavy makeup, regardless of whether or not he takes his true form, and Depp has decades worth of experience under heavy makeup and prosthetics with characters like the Mad Hatter, Edward Scissorhands, and Sweeney Todd. This would also be one of the actor’s few villain roles, and his experience playing the dark wizard Grindelwald only proves his qualifications for playing Marvel’s answer to the devil himself.

Thus far, this is only a case of wishful thinking. However, if Disney truly wishes to patch up their relationship with the spurned Captain Jack, inducting him as an immortal member of the MCU would be a solid start. Sacha Baron Cohen is still a great choice for the character, but Johnny Depp is truly one of the most qualified performers for the role of Mephisto.

Would you watch Johnny Depp as Mephisto? Tell us in the comments below!